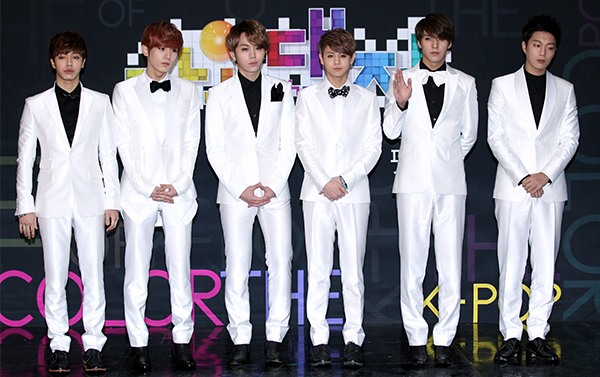 
When Beast members were turned into book characters last year, they probably had no idea what a following their cartoon personas would draw.

With the launch of the second book in the series just around the corner, it has been snapped up by buyers all over Asia.

The book will be sold in Hong Kong, Macau, Singapore and Malaysia starting Jan. 30.

Meanwhile, publisher Planis Entertainment said that it is currently in talks with potential buyers from Brazil, Japan and China, and if all goes as planned, the comics will be available in those locales as well.

The first in the series of cartoons based on the Hallyu group was launched in Korea last year and did quite well.

It was awarded the Minister Prize within the cartoon segment of the 2012 Korea Contents Awards last month.

The ceremony was co-hosted by the Ministry of Culture, Sports and Tourism, and the Korea Creative Content Agency.