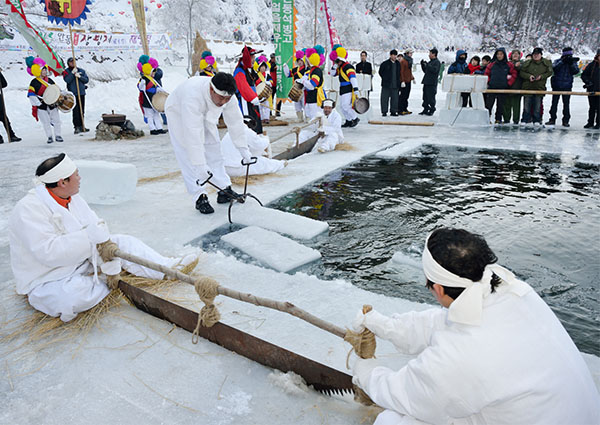 Performers re-enact the process in which ice is cut and moved to an ice house, called seokbinggo, during Andong’s Seokbinggo Festival yesterday in Andong, North Gyeongsang. Designated as the country’s 305th National Treasure, seokbinggo was used to store ice for food for kings of the Joseon Dynasty (1392-1910) with temperatures staying at zero degrees Celsius (32 degrees Fahrenheit) during the height of summer. [YONHAP]