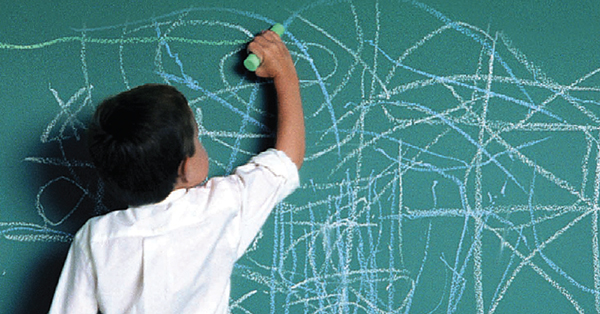 A group of women in their early 30s marched out of a day care center at a residence in Seocho District, southern Seoul, holding the hands of their toddlers swaddled in winter clothes, on a recent Friday afternoon.

These stay-at-home moms drop their kids off at day care between 10-11 a.m. and pick them up before 3 p.m. Most of them live within a five-minute walking distance from the day care center.

“Truthfully, I wouldn’t pay out of my own pocket for child care” is the general consensus from these mothers.

“But the government is paying for it so I am sending my kid to day care.”

While their toddler is at day care for several hours, the moms spend their time tending to household chores, relaxing or meeting up with friends.

“It doesn’t have to be a public day care center. I just need somewhere that can take care of my kid for several hours and day care centers are free,” said one mom whose toddler attends day care in Seocho. “I was lucky because I received the multi-child priority benefits, and my kid was able to enroll in this day care center.”

She currently gets a total monthly day care allowance from the government of 521,000 won ($489) per month, a third of which goes directly to the day care center. This is based on the cost of a full-day, or 12-hour, program at the center.

The Health Ministry stated on Sunday that on average 768,555 households use day care centers, according to a 2009 study nationwide. Of these, 537,988 were households with stay-at-home moms.

These households with stay-at-home moms receive the same amount of child care benefits as those with both parents working.

Day care benefits are calculated based on a 12-hour program despite whether the child is there for a half-day, seven hours or a full day.

This year, the largest welfare budget was passed in the National Assembly, a third of the total budget, and 3.5 trillion won was allocated for children up to the age of five. Welfare experts point out that measures need to be taken to curtail wasteful spending which led to the budget shortage last year.

“Last year, 700 billion won was wasted and a similar amount will be used wastefully this year” on extending child care benefits to all households based on the cost of 12-hour day care programs, a Ministry of Health and Welfare official stated.

“Such issues have to be handled carefully and refined in order to prevent tax money from being used carelessly.”

That amount wasted is a tenth of the total budget for child care this year. Combining both national and district government budgets, that number amounts to 7 trillion won, higher than initial budget proposals, in order to accommodate expansion of the program, which last year was expanded to toddlers under 24 months and children up to five years old.

Households that do not send their toddler to a day care center receive up to 200,000 won per month, under the current policy. If they do choose day care, they receive benefits worth up to 755,000 won, so mothers have more incentive to send their kids to day care centers.

The National Assembly’s budget committee haphazardly approved free day care for toddlers under 24 months at the end of 2011, which since its implementation last March has been highly criticized for not being well thought out and for draining national and regional welfare coffers.

After facing much backlash, the government proposed reforms to the program in September last year which outlined that stay-at-home moms will instead receive 70 percent of support for day care and also limited free day care to households with incomes in the lower 70th percentile.

The reform measures encouraged stay-at-home mothers to use the half-day programs at public day care centers rather than full-day programs, and proposed if they needed temporary care for their children to use babysitters or private day care services.

But these reform measures also were criticized for turning back on the government’s “free day care for all toddlers” pledge.

The reform measures proposed by the Ministry of Health and Welfare were scrapped with the new budget that was passed at the beginning of the month in which the National Assembly allocated a child care budget of 3.5 trillion won, higher than the original government estimate, to expand the free day care for children aged 3-5 regardless of household circumstances.

Health Minister Rim Chae-min, who had been opposed to expanding the free day care to all households, stated in a press conference last Wednesday regarding the program, “In studies of actual usage of [day care centers], there are many cases where children are left [at the centers] for only a short period.”

“Day care centers prefer children enrolled in half-day programs compared to full-day since the compensation is the same,” Shim Jae-chul of the Saenuri Party’s Supreme Council stated. “Thus it becomes harder for working parents who have to enroll their children in full-day programs.” He stated that another child care crisis will come this fall.

This goes against the policy makers’ initial intention to benefit working moms.

“Instead of uniform support like now, the policy has to become diversified to encourage children to be sent to day care centers twice a week, or even one day less per week,” said Suh Moon-hee, a researcher at the Korea Society for Study of Child Education and Care.

Likewise, a high-ranking Health Ministry official who asked not to be named stated, “Measures to implement half-day day care programs need to be revived in order to cut down waste.”