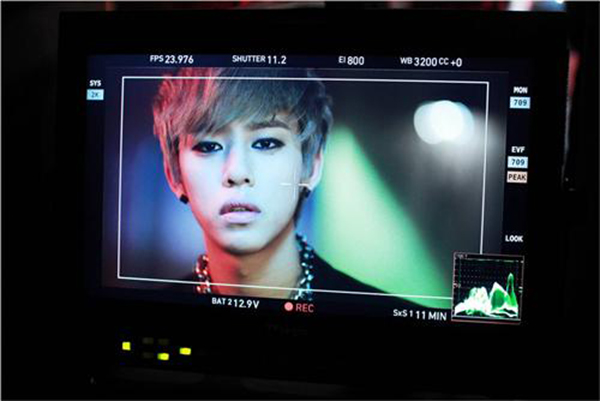 
After a fruitful year in 2012, B.A.P is ready to get the ball rolling in 2013.
TS Entertainment announced that the boy band will release an EP next month, and will launch a single on Jan. 15.

The song, titled “Sound of Rain,” is a mixture of acoustic sounds and the group’s signature hip- hop.
It was written by Marco, who had previously written hit songs like “Warrior,” “Power” and “Mercy” for the band.

The band only emerged onto the K-pop scene last year and has become one of the hottest rookie bands both at home and abroad.

In a recent online pictorial article containing the best moments from last year, the U.S. music awards’ organization posted a picture of the platinum-haired boys of K-pop.
The picture was taken from the group’s performance at the K-pop World Festival on Oct. 28 in Changwon, South Gyeongsang, amidst a rendition of the group’s hit “Don’t.”
Along with Psy, B.A.P were the only other Asian artists to make it on to the compilation.
Other singers to have made it into the online photo gallery were Pink, Mariah Carey and Justin Bieber.