Ssangyong agrees to take back 455 workers

Ssangyong agrees to take back 455 workers 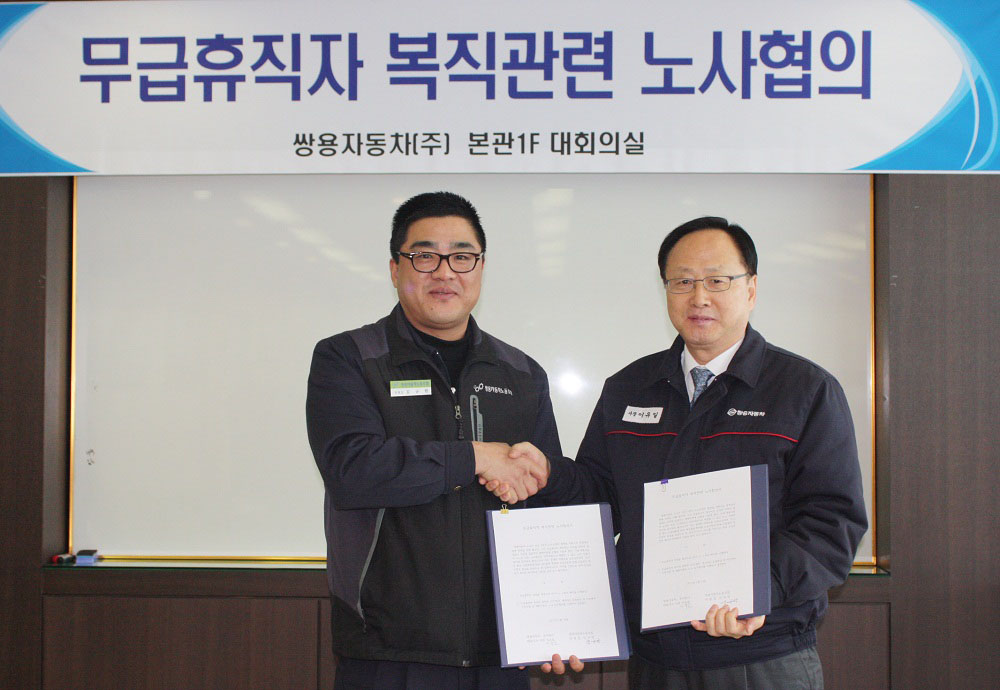 Ssangyong Motor will reinstate all workers sent on unpaid leave in 2009, making a start to solving the labor problems that have plagued the company since then.

The nation’s smallest automaker, which is now part of India-based Mahindra Group, announced yesterday it reached an agreement with its union to rehire all 455 employees who had to temporarily leave the company three years ago from March 1.

The details will be negotiated between management and labor next month.

The deal does not include 2,100 workers who were fired or left the company under a voluntary retirement program in 2009.

“For the last three years, the management and the union have been trying to normalize the company on the foundation of cooperation,” Lee Yoo-il, CEO of Ssangyong Motor, said. “As we have been laying out the environment for the return of unpaid leave workers, we will keep trying to make a future-looking relationship with the union.”

The automaker, which specializes in SUVs, was under court receivership in 2009. It said that although it isn’t yet profitable, it decided to share better conditions with the workers.

Ssangyong’s sales have been growing since 2009. Its 2012 sales were 120,717 vehicles worldwide, up 6.8 percent from a year earlier thanks to brisk sales of its Korando C model. Its domestic sales growth of 23.4 percent last year was the best among local car companies.

Ssangyong Motor was earlier owned by China’s SAIC Motor Corporation. It filed for bankruptcy in 2009 due to a liquidity squeeze. Mahindra paid $470.2 million in 2010 to take it over. The Chinese company shed around 2,600 employees, or 37 percent of its workforce, at that time. Among them were 455 employees sent on unpaid leave, which led to a 77-day strike.

In August 2009, the union and management reached an agreement that the unpaid leave workers could join the company again after one year in rotation with existing workers depending on production volume.

But the production volume of 190,000 units was never reached.

Some 20 workers sent away in 2009 or their family members killed themselves or died from stress, according to the union. President-elect Park Geun-hye said during her campaign that she would work to solve the problem.