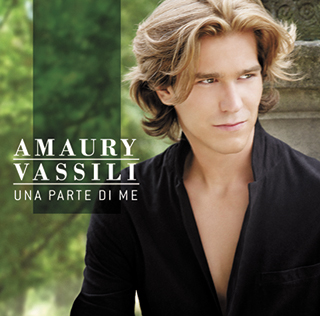 
This French singer and professional tenor, Amaury Vassili may indeed join in the league of singers like Josh Groban and Il Divo. The 23-year-old French artist’s third album, “Una Parte Di Me,” which means “a part of me,” incorporates the best from the greatest classical composers - Mozart, Chopin, Tchaikovsky and Brahms - with his touch of pop opera.

All 13 tracks on the album are sung over those classical pieces. For example, the artist sings over Tchaikovsky’s Piano Concerto No. 1 op. 23 on the first track, “Pensiero Mio,” as well as Chopin’s “Nocturne” on the third track, “Con Te.”

That’s when the 14-year-old Vassili got caught in producer Daniel Moyne’s eyes. His debut album “Vincero” in 2009 went triple platinum, selling more than 300,000 copies. The French tenor even sings in Italian on the first track. By Yim Seung-hye