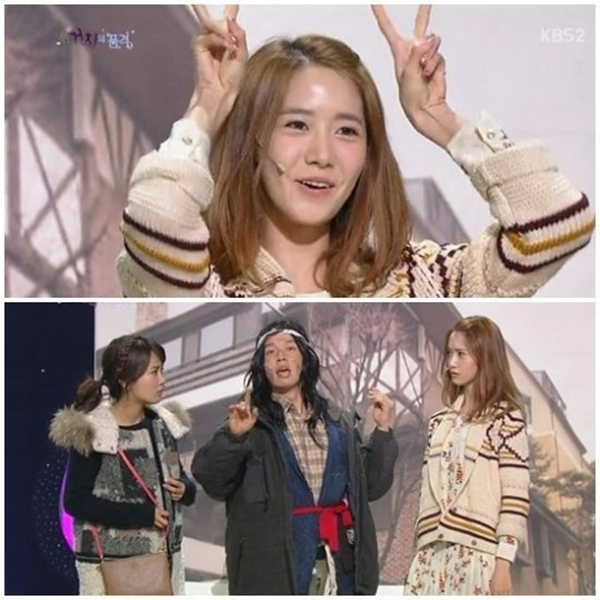 
Girls’ Generation’s Yoona showed a comical side when she made a cameo in popular “Gag Concert” segment “A Beggar’s Dignity.”
In the show which aired Jan. 13, the girl group member emerged onto the stage as a besotted girl who was infatuated with the star of the segment, the beggar character played by Heo Kyung-hwan.

The girl group member managed to impersonate the “beggar comments,” Heo is famous for and made the audience laugh and gasp by her mere appearance.
Yoona is one of the most popular GG members and who is acknowledged as the best-looking member.

GG is currently promoting its latest album and title track “I Got a Boy.”