Girls’ Generation is back with a blast

Girls’ Generation is back with a blast 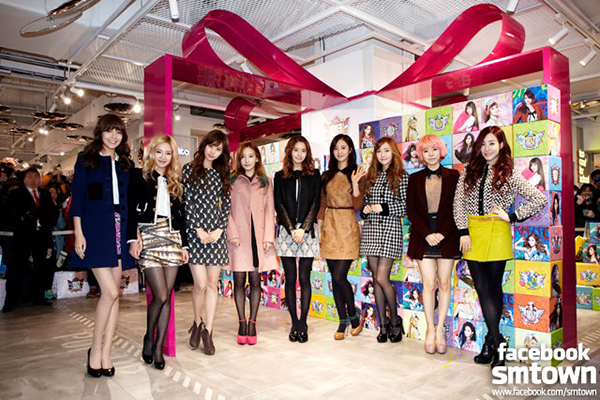 Just two weeks since its return with a new album and the catchy title song “I Got a Boy,” Girls’ Generation is back on top across Asia.

The girl group’s fourth album has topped the weekly charts in Taiwan and Singapore.

In Taiwan, the record has been No. 1 for two consecutive weeks on the Five Music, G-Music Asia and CCR Asian Music charts. The title track is also topping various charts.

Meanwhile in Singapore, the girls were triumphant on MTV’s Korean and Japanese music chart for the last week.

The latest release has also gained attention in the West. Rolling Stone magazine recently reviewed the single“I Got a Boy,” saying that the song was “as sharply plotted and blindingly razzle-dazzle as the K-pop machine itself.”

On Friday, the publication said that the song written by Korean and European songwriters weaved through many different genres and likened it to a musical gymnastics routine.