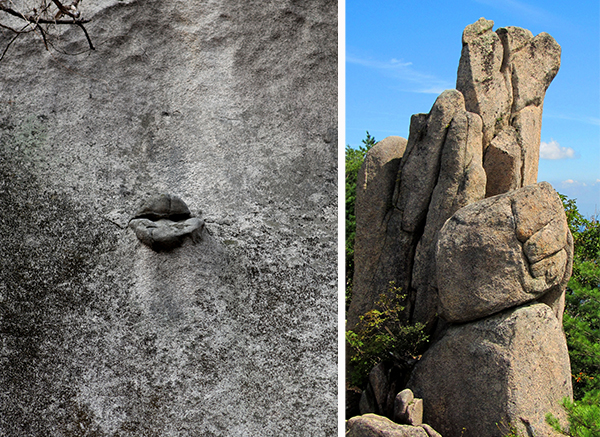 The Korea National Park Service announced on Thursday 14 winners of a photo contest of unique rocks at national parks around the nation. Clockwise from above: First prize went to a photo of the “lip” rock on Mount Bukhan. Other prizes went to the “rock-paper-scissors” rock on Mount Gaya; 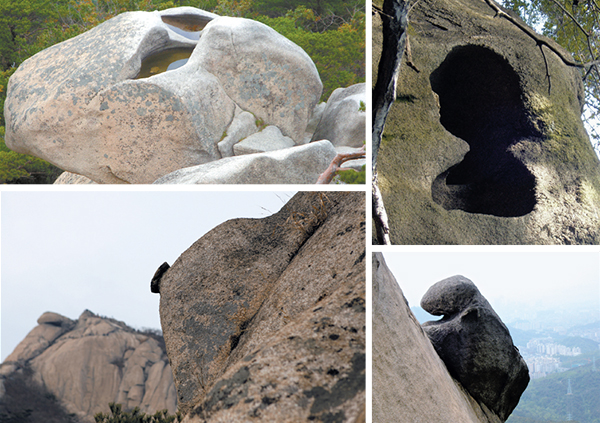