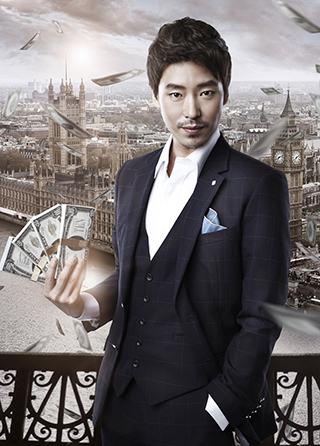 The event was titled “Changes,” in line with Uhm’s nickname of “Man with a Thousand Faces,” - a reference to his wide-ranging talents as a musical and TV actor. To entertain fans, Uhm talked about behind-the-scene moments and also screened greetings from his “Closer” co-star Moon Geun-young and “Jack the Ripper” colleague Yoo Joon-sang.

In addition, a congratulatory video message from Park Bo-young, whom Uhm had previously listed as his ideal girl, was played.

The second night of the fan meet took on a more autobiographical approach as Uhm told his life story.

The 36-year-old also took the time to do what he does best: sing. He performed some of his hits from the musicals “The Sorrows of a Young Werther,” “Finding Mr. Kim” and “Hedwig and the Angry Inch.”