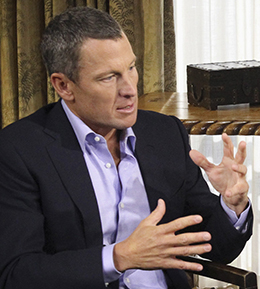 First shunned, then vilified by Lance Armstrong, Mike Anderson had to move to the other side of the world to get his life back.

Now running a bike shop outside of Wellington, New Zealand, Armstrong’s former assistant watched news reports about his former boss confessing to performance-enhancing drug use with only mild interest. If Anderson never hears Armstrong’s voice again, it would be too soon.

“He gave me the firm, hard push and a shove,” Anderson said. “Made my life very, very unpleasant. It was an embarrassment for me and my family to be portrayed as liars.”

Anderson is among the dozens, maybe hundreds, of former teammates, opponents and associates to receive the Armstrong treatment, presumably for not going along with the party line that the now-disgraced, seven-time Tour de France winner didn’t need to cheat.

The penalties for failing to play along were punitive, often humiliating, and now that Armstrong has admitted in an interview with Oprah Winfrey that he’s a doper, a liar and a bully, many of those who saw their lives changed, sometime ruined, are going through a gamut of emotions.

“He’s damaged a lot of people’s lives,” said Betsy Andreu, whose husband, Frankie, was culled from Armstrong’s team for not agreeing to dope. “He has damaged the sport of cycling. Frankie was fired for not getting on the program.”

Before his interview with Winfrey aired, Armstrong reached out to the Andreus to apologize, but the planned reconciliation did not work. In fact, Armstrong’s interview made things only worse, when he refused to confirm what the Andreus testified to under oath - that they had heard the cyclist admit to doping while meeting with doctors treating him for cancer in 1996.

Regardless of whether Armstrong says more, there’s no denying that life for the Andreus changed when they refused to go along.