A defector who believed in regime until she left

A defector who believed in regime until she left 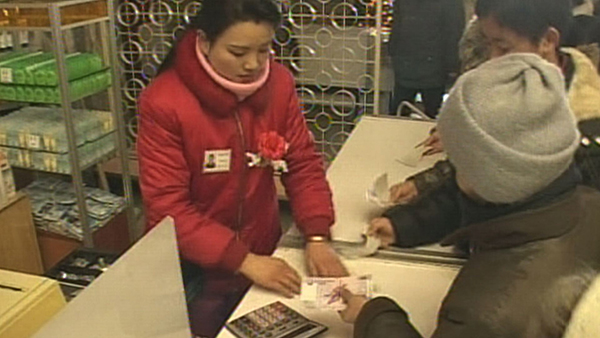 When the pair entered the Hanawon resettlement center in April 2011, they found themselves with 200 other female refugees. The vast majority of those youngish women had similar backgrounds: Unable to support themselves in North Korea, they escaped to the border area with China and lived with Chinese men for a few years. Ultimately they decided to go to South Korea.

Kim, 50, and her daughter, 17, came from a totally different background. Kim was born into an elite family, got a good education and worked as an obstetrician. Her husband was a high-ranking officer in the North Korean military.

The family had all it desired materially. They had full faith in North Korea’s government and adored their leaders.

“I was one of the people in the massive crowd crying helplessly after hearing of the death of Kim Il Sung in 1994,” Kim recalls.

“We only referred to Kim Jong-il as janggunnim [great leader], never by his name.” But such are the vicissitudes of living in one of the most perverse dictatorships that the pampered elite of North Korea are just as vulnerable to losing everything as the common man - even without making a misstep or losing faith in the system and its leaders.

That’s Kim’s story. Kim is a pseudonym. She doesn’t want her real name used in case relatives remaining in the North are persecuted.

“My father studied at Tokyo University during the Japanese colonial rule in the 1930s and thanks to his academic credentials, he served as a high-ranking army officer,” says Kim. He was a one-star general when he retired from the North Korean People’s Army. He died in 2000 of a stroke.

Because of her patriotic family background she gained admission to Haeju Medical School in South Hwanghae Province, located on the western coast of North Korea.

“Of course I did well during my high school years, but if it were not for the loyalty to the Workers’ Party of Korea demonstrated by my father’s title, I would not have gone to medical school.”

After her graduation in 1986, Kim began her career as an obstetrician.

“During the late 1980s, North Koreans’ livelihoods were pretty stable with consistent rice rations given from the regime on schedule,” she says. “As an obstetrician, I performed sterilizations on women when Pyongyang was promoting a one-child policy in the 1980s and surgical abortions without using anesthetic.

“I used to curse at women screaming in pain during surgery,” she says with a little chuckle.

“On average, I delivered about 120 babies a month during those times, which later shrank to a maximum of 20 to 30 in 2010 after worsening food shortages.”

Five years into her practice, Kim married a military officer with an even stronger family background than her own. His parents were both on their second marriages. Their first spouses had died at the hands of U.S. soldiers during the Korean War (1950-53). As the son of two Koreans who were symbolic victims of wartime atrocities committed by U.S. soldiers, Kim’s husband had access to an elite education. He eventually became a colonel.

(She asked that his name not be published out of concern for the safety of his family in North Korea.)

The next few years were golden for Kim and her clan.

“My family was spared the Arduous March [the official euphemism for the famine years between 1996 and 2000 in which 336,000 people perished, according to data by Statistics Korea] and ensuing famines thanks to our accumulated wealth and bribes we received from soldiers. Military personnel under my husband’s command brought wood for our stove and other necessities all the time to win his favor. My medical career also helped boost our wealth.”

“Dead bodies on the street were not an unusual sight,” Kim says, “but military officers and their families always got their rations while everyone else was starving. Now I can see why we don’t hear about coup attempts from the military. They are the first to be fed.”

Kim’s husband, who was overweight, died of a stroke in 2005, but living continued to be comfortable, even though North Korea doesn’t have a pension system.

“As far as I know, the pension system collapsed at the death of Kim Il Sung in 1994,” says Kim. “My father, who retired as a one-star general, received 200 grams [7 ounces] of rice every day as a pension. But following Kim Il Sung’s death and subsequent famines, the special treatment stopped.”

Following her husband’s death, Kim and her daughter could live comfortably on their savings of around 3 million North Korean won, which was worth only $840 using the black market rate, but is still considered a considerable sum in North Korea.

In late 2009, the doctor was faced with something no one foresaw.

“One day I saw flyers around the city, which at first I assumed to be notifications of upcoming public executions of prisoners,” says Kim.

People weren’t about to be terminated, but their life savings were.

“We were told by the party to turn in all the currency we had at home for new notes,” she says. “But there was a limit on how much you could convert: 100,000 won per household.”

From Nov. 30 to Dec. 6, 2009, the Kim Jong-il regime ordered everyone in the country to replace their old banknotes with new ones. Allegedly the move was a redenomination of the North Korean won: Two zeroes were dropped from the values.

But the 100,000 won limit, equivalent to $28 or less at unofficial market rates, according to NK Daily, a Seoul-based Internet media outlet reporting on the North, also managed to wipe out savings anyone had above that amount. The alleged intention was to crack down on private market activity that has grown in the wake of the country’s crippling famines, and it had that effect.

“I had over 2 million won stacked up in my house before the reform measure,” Kim says. “One kilogram of rice cost 1,500 won then at private markets, so our family fared well.

Kim says that people with superior survival instincts distribute their savings to neighbors who didn’t have 100,000 won.

“Those who were shrewd enough quickly made a deal to share the new currency notes with people who would help them get rid of the old ones,” she says. Clever traders managed to save part of their savings that way.

“I couldn’t figure that out coming from a life in which we never wanted for food or materialistic things. I was just too dumb. I should have acted quickly to prepare for what was about to come.”

Kim surrendered her 100,000 old won, received 1,000 new won. The rest of her savings was reduced to play money bearing with the smiling face of Kim Il Sung.

Aside from wiping out hidden fortunes, which it did successfully, the currency redenomination was an economic disaster, causing incredible rises in prices, confusion and disgruntlement. Kim Jong-il eventually executed the Director of the Planning and Finance Department of the ruling party of North Korea responsible for the reform, Pak Nam-gi, via a firing squad. Pak was accused of being “a son of a bourgeois conspiring to infiltrate the ranks of revolutionaries to destroy the national economy.”

“The value of goods in the market stayed at the same level after the reform,” Kim recalls. “One kilogram of rice still cost 1,500 won when all I had in my pocket was 1,000 won because of the reform. I felt like the world was falling down around me.”

The following year of hardship was the cruelest time Kim and her daughter, then 14, ever knew. Kim sold household goods such as her TV and winter clothes and scavenged for food on a nearby mountain with her daughter, who stopped going to school.

“I still had to treat patients every morning at a clinic in Kimchaek in North Hamgyeong Province before scavenging for food even though I received no pay or rations from my job,” she says. “If I had not shown up at work, I would have been sent to a labor camp because a person without a job is considered a criminal to be redeemed through hard labor in the North.”

Kim said her doctor salary stopped after the death of state founder Kim Il Sung in 1994. “I am sure almost all the doctors in the North have not been getting their salaries for a long time,” she says. “Maybe doctors in Pyongyang are treated better.”

Kim’s family survived on a single meal a day, usually soup made from corn or boiled radish greens picked from the mountain.

“My mother, who lived with us, was too fragile to survive a year with scant food and a bone-chilling winter without heating,” she says. “I buried her on the mountain with a shovel and no coffin. My siblings don’t know of her death to this day.”

Kim’s year of suffering made her determined to flee to Yanji City in China’s northeastern Jilin Province, where her aunt was living. A majority of the city’s population is ethnic Koreans. She never considered coming to the capitalistic South.

“Even at the moment I crawled across the frozen Tumen River with my daughter toward China two years ago, I thought the southern side was poorer than its northern neighbor,” she says.

“I had heard about people secretly watching Korean dramas smuggled in on flash drives, but I was certain those people had fallen for the flat-out lies of the southern government. I even pitied them for their waning commitment to communism.”

When she settled in Yanji, the scales dropped from her eyes.

“It was after my meeting with my aunt and a long phone conversation with her daughter [who was working in Seoul] that I realized I had been lied to for my entire life.”

The aunt introduced her to a defection broker. She and five other defectors traveled to Laos and Thailand. In Thailand they asked to come to South Korea.

Kim now lives in an apartment provided by the government in North Chungcheong. “I have no family except for my 17-year-old daughter now,” says Kim in her thick North Korean accent. Her medical degree is no good in the South so she works as a contracted cleaner at a public health center in the county, earning about 900,000 won a month in addition to a monthly government subsidy.

She doesn’t like emptying garbage cans. “For a big part of my life, I lived as a doctor. Now I’m bending down to clean the trash of a junior person doing the job I used to do. I admit to mixed feelings about my job here.”

She does it for her 17-year-old daughter.

“I don’t care if I get looked down on by people for my status as a defector, as long as my daughter finds her life here happy.”

“Some years ago, my husband and I cursed a high-ranking official of the Sixth Corps of the North Korean Army who was discovered to have plotted a coup against the regime in Pyongyang,” says Kim.

“Now I wonder what might have happened if he had succeeded in his plan. Now I wish he had.”