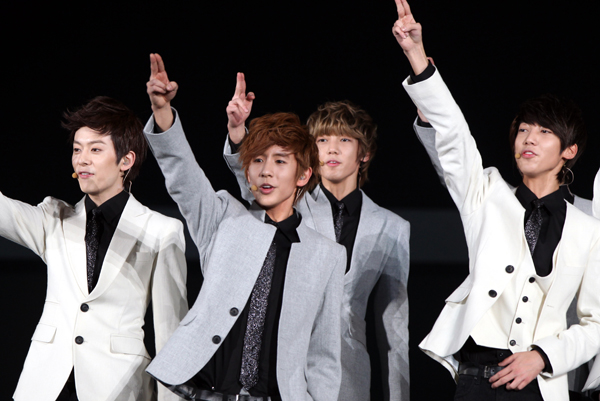 
Boyfriend has become the first foreign artist to sing the closing song for the Japanese animation “Case Closed.”

The Korean boy band’s song “Hitomi No Melody,” the title track taken from the group’s third album to be released in March in Japan, has been picked for the show.

The plot revolves around a high schooler who helps the police solve crimes. It has sold more than 100 million copies to date, having become known worldwide when it was turned into a movie and a TV animation.

It has aired on English networks like YTV, Animax, and Cartoon Network among others.

Meanwhile, the six-member group has been growing in popularity. It took home the Best 3 New Artist award at this year’s Golden Disk Awards in Japan along with IU and B1A4.

The group also held “Hi-Touch” events at Kobe World Memorial Hall and then at the Saitama Super Arena from Dec. 1 to 2.