The space of innovation

The space of innovation 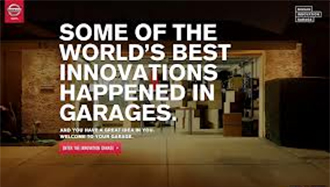 Dr. Geoffrey West of the Santa Fe Institute, the distinguished physics research center, posed an interesting question. When a city’s population grows, will its creative capabilities grow along with it? Because there is a higher possibility for a creative person to appear when a population grows, the ratio could be proportional, but discovering a small city with thriving creativity seemed possible.

How can you give an answer without quantitative research? He combined all the creative products of a city, including the books produced, artwork, research and development spending of companies and number of patents and innovations to assess the city’s creative capability. And he correlated the data with the size of the city among 12 cities around the world.

The outcome was amazing. When a city is two times larger, its creative ability was 2.2 times higher. Megacities like New York, London and Tokyo, which are 10 times bigger, had creative abilities that were 17 times higher. In other words, a city’s creative ability exponentially grew when its population went up. The research of Dr. West was the first scientific research to prove an old saying in Korea that said “When you have a child, send him to Seoul.”

Then, why does a city’s creative ability rapidly grow when its population increases? There must be various reasons, but he explained that creative ideas are earned through communication, not from the ability of an isolated individual. Because communication and exchanges are exponentially more frequent in a larger population, there is a higher possibility for an innovative idea to be born in a large city.

Edward Glaeser, an economics professor at Harvard University, argued that creative thoughts are formed through intellectual exchanges with people from completely different specialties, not those from the same field. The representative example is Silicon Valley. Located between San Jose and San Francisco in California, it is home to many innovative companies such as Google and Facebook. Innovations are seen every day in Silicon Valley, and a creative invention of a company next door can contribute greatly to the generation of a new idea within your own company. Innovation is always found in the least expected place.

Silicon Valley is a place where eclectic intellectual traditions clash. During the gold rush, the history of American labor was formed in California. It is still very progressive in politics and hippie culture remains. It is a place where artists and gay culture bloom. Youngsters armed with technology entered the place to open up their companies and a new, innovative culture was born as their cultures collided or combined at times.

Most American homes have garages, but Silicon Valley is the first place where people were known to start companies in their garages. Through the “Bricolage” method, artists, scientists and engineers achieved “Garage Innovation.”

Today, we have to consider if we are living in a place that inspires innovation. Am I living in a place where ideas are being shared? Do I have the room for the endless inflow of new thoughts, exchange intelligent conversations with people from different fields and monitor various interesting events that are taking place around the world?

As we grow older, however, it becomes more and more uncomfortable to have frank conversations with people who come from different economic backgrounds. Our conversations turn into fights when we have different political views.

Intelligent conversations with people who have completely different views about the world, experiences and knowledge will enrich my life and expand the horizon of my world. We need to continuously interact with people who live in different worlds. Unless we make special efforts as we grow older, we will be stuck in a fishbowl full of people who are just like us.

Is my brain exposed to new ideas every day like in Silicon Valley? Or am I living a life like that of a small village, although I am, in fact, living in a megacity? It is time for contemplation. Today, go ahead and change your lunch date and eat with a new person.

*The author is a professor of bio and brain engineering at KAIST.