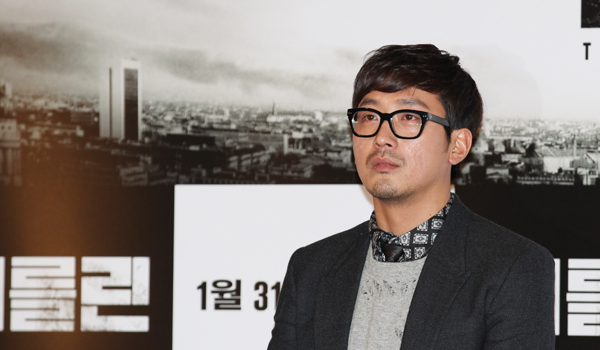 CJ E&M announced yesterday it will celebrate the 3 millionth view of “The Berlin Files” by revealing a scene in which the lead Ha Jung-woo gobbles a baguette.

The scene in question was mentioned by director Ryu Seung-wan earlier at a press conference.

“The character he plays is a loner and even his eating should reflect this,” said Ryu. “But he ate it in such a way that even I was getting hungry watching him during the editing process.”

Thus the baguette scene was taken out to fit with the seriousness of the plot.

“Even from before the movie’s opening, fans who knew about the cut were disappointed, and at their request, we’ll make the footage public when we exceed 3 million views,” said a spokesperson from CJ.

Ha has a long list of films in which he is remembered for eating.

In flicks like “The Yellow Sea” (2009) and “Nameless Gangster” (2012), Ha stuffed his face for fans. His preferred cuisine included treats from a seafood bar, ramen and Chinese meals.