Estefans are ready for Broadway

Estefans are ready for Broadway 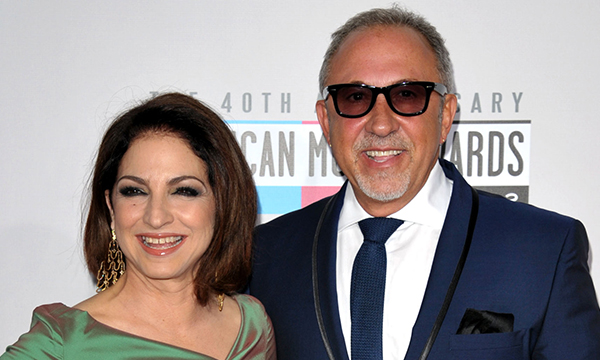 Gloria Estefan and her husband Emilio


NEW YORK - Gloria Estefan and her husband Emilio are hoping the rhythm is going to lead to Broadway. The duo on Tuesday announced that they’ve teamed up with the Nederlander Organization to try to create a musical based on their lives and take it to the Great White Way.

“We are very excited to share this story, which is based on hope, determination and the belief that with hard work and passion, our dreams can become our reality. Our music has been a true reflection of who we are, where we came from and the journey that has brought us to where we are today,’’ Gloria and Emilio Estefan said in a statement.

The Nederlander Organization will be producing the new show in partnership with Bernie Yuman, who produced and managed Siegfried & Roy’s show in Las Vegas. The show is still in its embryonic form and has no writer, director or creative team yet.

The Estefans were both born in Cuba and together became musical luminaries in Spanish and English, winning Grammy Awards and fans across the U.S. with crossover hits like “The Rhythm is Going To Get You,” “Conga” and “Words Get in the Way,” in addition to helping the careers of other artists including Shakira, Ricky Martin, Jennifer Lopez, Marc Anthony and Jon Secada.

Their lives certainly are the stuff of drama. At age 14, Emilio Estefan fled Fidel Castro’s Cuba to Spain and later Miami. He enrolled in night school, working by day in a mailroom, determined to bring his mother and brother here, and he eventually succeeded. He persuaded an uncle to lend him money for an accordion and formed a band, playing traditional Cuban tunes at local fiestas.

Soon, the group added a shy but charismatic singer named Gloria who would steal the heart of Estefan and audiences worldwide as part of the Miami Sound Machine. AP