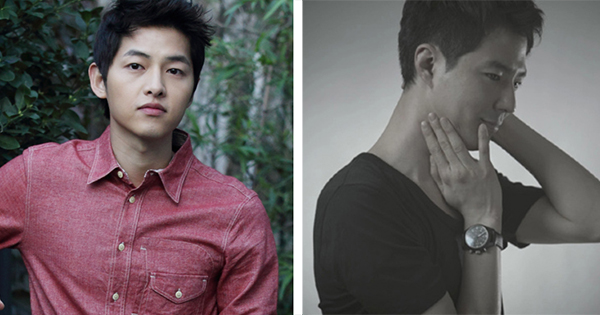 
Birds of a feather flock together, and especially so if you are a Hallyu star.
Although he’s not in the drama himself, Song Joong-ki made a surprise visit to the set of SBS’s “That Winter, the Wind Blows” to pay the lead actor Zo In-sung a visit.

A source from the set of the show said that Song was nearby when he saw filming in progress and popped over to say hi.

Song had previously appeared in the movie “A Frozen Flower” with Zo and also shot ads with both Zo and Lee Gwang-su, who is also in the new SBS drama.

The drama to air from Feb. 13 is generating much buzz as two of the biggest Hallyu stars Zo and Song Hye-kyo are in it.