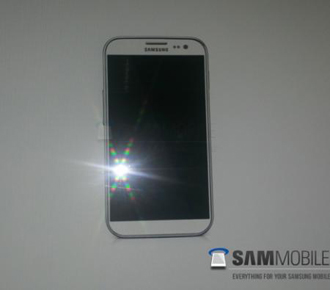 Samsung Electronics is expected to take the wraps off the eagerly awaited next flagship Galaxy S4 smartphone on March 15 and start selling it in April, according to SamMobile, an Internet site dedicated to Samsung’s mobile products, on Wednesday.

The rumor, which a Samsung spokesman refused to confirm, reverses widespread speculation that the successor to the hugely successful Galaxy S3, which came out in last May, will debut at the upcoming Mobile World Congress 2013, an international exhibition scheduled Feb. 25-28 in Barcelona, Spain.

J.K. Shin, president of IT & mobile communications of Samsung, told reporters Jan. 21 that it will unveil a new Galaxy Note with a display of more than eight inches. Galaxy Note 2, the latest so-called phablet from Samsung, has a 5.5-inch screen.

Galaxy S4 is expected to be armed with cutting-edge features, including a 4.99-inch super Amoled full-HD screen, a new eight-core processor called Exynos 5 Octa and a 13-megapixel camera.

Market expectations aside, it may not be wise for those prospective buyer of the Galaxy S4 to hit the stores right after the launch. The case of the Galaxy S3 shows that you can get it for free if you wait eight months after its launch here and follow a few prerequisites for mobile subscription.

Back in December, the same phone caused massive consumer rage and market confusion as mobile carriers sold them for 170,000 won ($156) through sporadic sales over the Internet. The Galaxy S3’s initial retail price was 994,000 won and the top ceiling of subsidies designated by the Korea Communications Commission (KCC), top policy-making government body, is 270,000 won.

For distributing an excessive amount of subsidies amid cutthroat competition to attract more customers, the three mobile carriers were banned by the KCC from accepting new subscribers for 20 days each.

The issue of excessive subsidies has been chronic here and the practice not only applies to Samsung devices, but other handsets. The problem lies in the fact that Galaxy S3 is a global model that has sold over 100 million units as of mid-January and is the nation’s best seller, underscoring Korean consumers’ strong loyalty.

When it comes to KT, the second-largest carrier offers a device for free, if a new user subscribes to a monthly mobile plan of paying 42,000 won or more for at least two years.

A source with KT admitted to the sales practice now under way but claimed such a hefty discount originated from Samsung, the manufacturer. “We didn’t think of Galaxy S3 as a top-notch product from the beginning, and we knew Samsung would drastically drag down the prices later,” said the source, who asked not to be named.

But Samsung came up with an entirely different theory. Its spokesman said it is mobile carriers that led the Galaxy S3 price to nosedive. “We are a manufacturer and after we have sold the mobile devices to the carriers, it is entirely up to them to decide the price tag,” he said.

He cited the example of Apple’s iPhone 5, which at some vendors is sold at 190,000 won. “Apple is famous for sticking to the principle of not providing subsidies exceeding the guidelines. Without carriers, how could iPhone 5 be sold at one-fifth of the original retail price?”