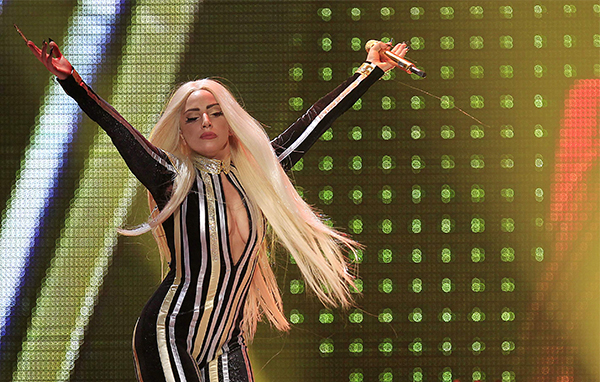 
LOS ANGELES - Pop star Lady Gaga said on Tuesday she was suffering from a severe inflammation of the joints that left her temporarily unable to walk, forcing her to postpone a handful of upcoming shows on the North American leg of her world tour.

“I am completely devastated and heartsick. I’ve been hiding this injury and pain from my staff for a month, praying it would heal, but after last night’s performance, I could not walk,” the singer said in a statement.

Her condition is called synovitis, an inflammation that sometimes follows a sprain, strain or injury.

Gaga posted a similar message in a series of tweets to her 34 million Twitter followers.

“I will hopefully heal as soon as possible and be at 500 percent again, which is what you deserve,” she said.

“The Edge of Glory” singer postponed shows in Chicago on Wednesday and Thursday, in Detroit on Saturday and in Hamilton, Ontario, on Sunday.

Lady Gaga, 26, has been on the road for two years on her “Born This Way Ball” world tour. Her Web site showed tour dates through March 20.

The 200-plus date tour has taken the singer across six continents and was ranked as the sixth top-grossing tour of 2012 by Billboard magazine. Reuters