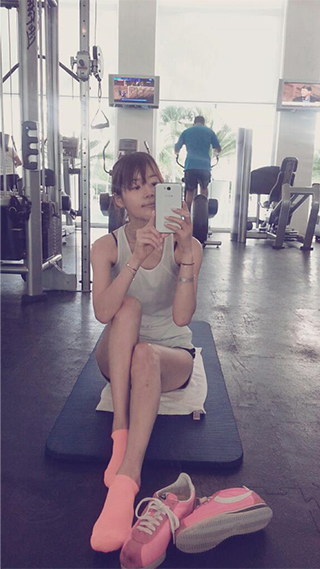 Actress Han Ji-jhye has revealed some holiday snaps via Facebook.
After uploading pictures of herself at a beach in Cancun, Mexico last week, this time Han posted a picture of herself at a gym while still on break.

Earlier she had also posted pictures of her travels in Chicago.
She is on a break after having spent last year on the drama “May Queen.”
While taking some time to rest, Han is deliberating on her next project.
By Carla Sunwoo [carlasunwoo@joongang.co.kr]