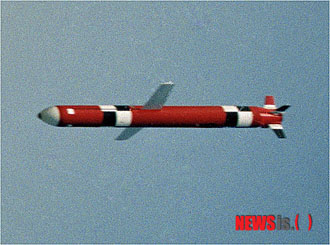 The South Korean military has deployed long-range cruise missiles to target any part of North Korean territory, in reaction to further military provocations by the communist regime, following its third underground nuclear test.

Kim Min-seok, spokesman of the Ministry of National Defense, said at a press conference yesterday that the military “has developed and deployed indigenous cruise missiles that have the capability of deep strikes and precise attacks with the most advanced technology in the world so that they can target any North Korean territory immediately at any time.”

“In order to respond to threats from North Korea, our military possesses a variety of strike forces, including development of cruise missiles and ballistic missiles,” Kim said. “We will soon reveal the information on these missiles.”

Along with cruise missiles, Kim said the military continues to develop ballistic missiles with an 800-kilometer (497-mile) range that was extended by the Korea-U.S. missile range pact, by 2015.

Previously, the military was supposed to complete the development of the ballistic missile by 2017, but after North Korea’s nuclear test, they adjusted its schedule. The military also has a plan to hire an additional 100 employees for the development.

“We will accelerate the development of 800-kilometer-range ballistic missiles, which can attack the entire North Korean territory,” Kim said. “It’s difficult to strike a missile before it blasts off. So we are planning to develop our own missile defense system, called KAMD (Korean Air and Missile Defense System), which can shoot down missiles coming from North Korea.”

In April 2012, the South Korean military unveiled two high-end missiles in response to the North’s defiant rocket launch for the first time - a long-range cruise missile and a ballistic missile. Although the ministry didn’t offer details of the exact profile of the cruise missile, experts say it has an estimated range of at least 1,000 kilometers (621 miles).

The military is stepping up its plan to launch a high-end missile interception system, dubbed “kill chain,” by 2015.

“We have a plan to complete the early launch of kill chain, a real-time system that detects, targets and determines to strike a target by itself,” Kim said.

A military monitoring satellite will be also launched, according to Kim, by 2021, with an image resolution of 30 centimeters.

When it comes to North Korea’s third nuclear test, Kim said the military believes that the regime was preparing two tunnels at the test site, so there is still another tunnel available.

Asked if the ministry has any clues of whether Pyongyang indeed succeeded in “miniaturization” of a nuclear bomb, Kim said they doubt it.

In an effort to figure out which fuel Pyongyang used, uranium or plutonium, the military is working in cooperation with the state-run nuclear power institute, Kim said.

“Technically, it takes two days for chemicals to arrive from the North to the South via the East Sea,” Kim said. “Currently, we are working on sampling airborne nuclear material from the ground, the water and the air.”