No change in radiation after nuke test

No change in radiation after nuke test 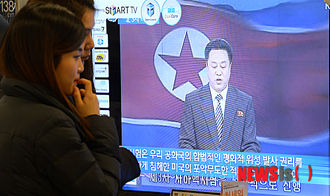 No change has yet been detected in the level of radiation in South Korea following North Korea’s detonation of a nuclear device this week, Seoul’s nuclear safety commission said yesterday.

“As of 14:00 today, the level of radiation remained at the usual level of 50 to 300 nanosieverts per hour,” the Nuclear Safety and Security Commission said in a press release.

The report came one day after the communist North said it had conducted what was its third nuclear test. Seoul has also said an “artificial earthquake” believed to have been created by the North’s detonation of a nuclear device had been detected.

The nuclear safety commission has since intensified its radiation monitoring, fearing a radiation leak from the North’s test site could affect the country as well.

The commission also plans to check for any changes in the level of radiation found in seawater, which could affect marine life and therefore the people who consume it.