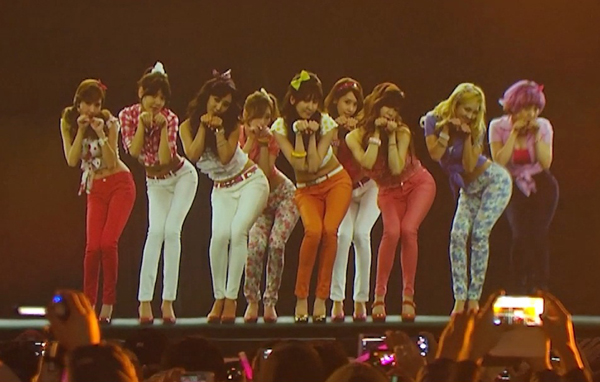 
K-pop has now gone global, and its singers and groups are often too busy to manage their international schedules. But now they’ll have some help - in the form of holograms.

SM Entertainment, the agency of big acts like Girls’ Generation and Super Junior, is set to open its V Theater this year. The world’s first virtual reality theater (the V stands for virtual), it will feature performances by life-sized holograms of the actual singers.

Park Jun-young, director of SM Amusement, an affiliate of SM Entertainment, said the theater will be opened in August or at least by the end of the year. “We hope foreign K-pop fans can enjoy the performances at V Theater anytime,” he said.

The idea of hologram performances first gained widespread recognition when legendary hip-hop star Tupac (1971-96) was resurrected to great acclaim at the Coachella Valley Music and Arts Festival in California last April. Celine Dion and Madonna have also used this effect in some of their performances. In Japan, hologram cartoon characters called Vocaloids (a portmanteau of “vocal” and “androids”) have actually risen to star status, such as Hatsune Miku.

SM Entertainment, which is a massive force in the K-pop arena, held a “V Concert” that featured Girls’ Generation in southern Seoul’s Gangnam District on Jan. 5. The audience was taken in by the high-definition display and the shadow effects and didn’t even recognize the real group when the girls got up on stage during the holograms’ performance of their hit “I Got a Boy.”

At “The S.M.ART Exhibition” held last August, the company presented the technology to fans of the boy band SHINee in a performance that combined hologram and other 3-D techniques at COEX in Samseong-dong, southern Seoul.

But SM has taken the ball and run with it, going much farther with the use of the technology by even envisioning permanent shows. The company is planning a full-hour “SM Town Hologram Concert” that will showcase three songs each from some of its biggest groups: Girls’ Generation, Super Junior, SHINee and F(x). 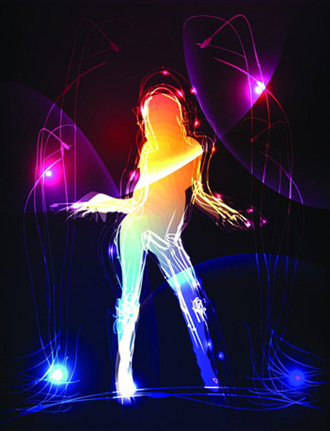 Enormous strides have been taken in high quality cameras in recent years, to the point where now it’s difficult to tell the difference between a real person and a three-dimensional hologram with the naked eye. “Viewers can be even further engaged with 3-D backgrounds and lighting from offstage,” Park said.

By expanding hologram theaters and performances to countries where Hallyu fans reside, a concert can be held in several different places at the same time. Girls’ Generation could take the stage in nine different countries while the real girls actually take some time off.

In the long term, the technology will enable SM to provide customized content. “Just like movie theaters, halls can be created for each artist and different hours can be maintained for different customers,” Park said.

Holograms have yet to fully catch on, so making them is still expensive; one hologram video costs about 200 million won ($183,908) to make, which is two or three times more than a run-of-the-mill K-pop video. Despite the high initial investment costs, SM is banking on the future of the market.

This isn’t the company’s first foray into the field. Its initial experiment with 3-D performances was in 1998 with H.O.T, a K-pop group that was big at the time, and was a flop. The V Theater is a reflection of SM CEO Lee Soo-man’s vision for the company that it be ahead of the curve when it comes to high-tech offerings. Lee believes that so far, K-pop fans on pilgrimages to Korea are limited to shopping centers and bars when seeking places to visit.

The company has potential venues narrowed down to three locations in Seoul. Park said if the idea catches on, the theater would not be limited to K-pop stars but could showcase all kinds of other artists. “A new culture of visiting V Theaters will soon be established among the people,” Park anticipated.