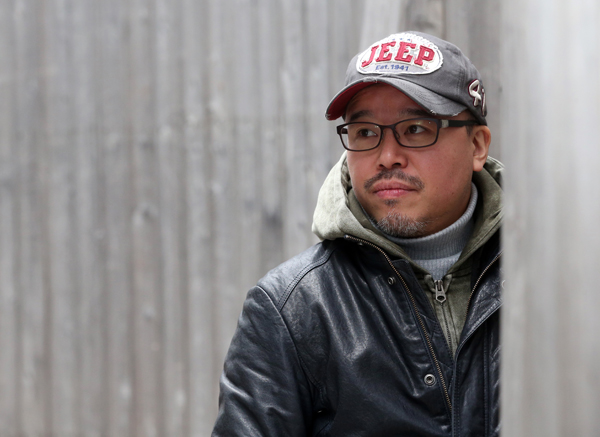 
If you work for a company in Korea these days and have never heard of Jang Geu-rae from Yoon Tae-ho’s online comic “Misaeng,” you’re way behind the trend.

The Web toon protagonist has spent his whole life focused on baduk, the Korean word for the game Go, and never went to college. After getting a job at a trading company, he struggles to be recognized among his highly educated colleagues. 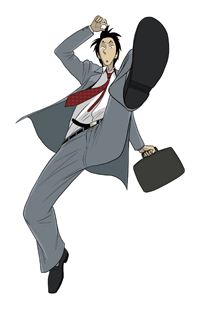 “Misaeng” is one of Korea’s most popular Web toon series, with eight million cumulative hits online. The story is about a young company worker named Jang Geu-rae. Provided by RH Korea

In the past, the character most Koreans on the soul-destroying company grind turned to for consolation was Mudaeri from a Sports Seoul comic series. Now, Jang represents all the workers who feel as if they’re nothing but a cog in the machine.

Of the 70 Web toons currently uploaded to the portal Daum, “Misaeng” has the lead in cumulative views, with eight million so far. Jang has become so entrenched in the psyche of the Korean worker that the official blog of the conglomerate Hanwha, Hanwha Days, headlined an article about temporary workers getting permanent positions, “Jang Geu-rae from ‘Misaeng’ would be surprised!”

For the Web toon, Yoon won accolades at Today’s Our Cartoons and the Korea Contents Awards last year. Many people think of him as the leader of the next wave in cartoons, after greats Heo Young-man and Lee Hyun-sae.

“He has a great talent for catching both broad and trivial things, and considering both the age and the people at the same time,” said Park In-ha, a cartoon critic and professor at Chungkang College of Cultural Industries.

The 44-year-old won renown with “Moss” back in 2007. He attracted many enthusiastic fans by expressing social absurdity with drastic descriptions and strong movie-like visuals.

When Kang Woo-seok, director of film hits like “Silmido” and the “Public Enemy” series, announced his plan to produce a new movie based on “Moss” in 2009, he had to live up to the stringent standards of the cartoonist’s fans. 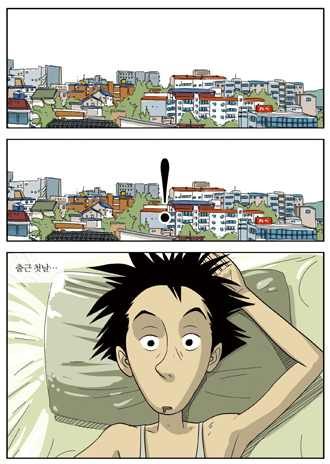 Yoon is no flash in the pan; he’s been plugging away at the comic game for 20 years now. He started early, with a four-frame comic strip in the newspaper of his elementary school in Gunsan, North Jeolla.

He was always focused on his art, making signs while other classmates worked on group performances for sports days. His single-mindedness often won him special treatment from his teachers, who would sometimes allow him to paint a watercolor instead of finishing his homework.

Yoon hadn’t yet thought of pursuing comics as a career, but drawing was always a way for him to escape from reality. Transferring schools frequently due to his father’s ups and downs in business, he didn’t have many friends.

“When I got a copy of my resident registration, all the places I had moved took up over four pages,” he said.

Eczema added to his woes, and he was unable to frolic with his peers in the village stream. His only outlet was his art. He gained confidence through the knowledge that no one was better than him at drawing.

His family circumstances not showing signs of improving, Yoon moved to Seoul at the age of 19 to pursue his dream of becoming an artist. Having no place to stay, he ended up homeless for a while, but fate eventually led him to meet the cartoonist Heo Young-man. Yoon found out that the street where he was staying was close to where Heo lived, and hounded him until he finally was accepted as a pupil.

Top: The character Cheon Yong-deok, the villain from the film adaptation of Yoon’s Web toon “Moss.” Above: The character from the original Web toon. Provided by Korea Data House

His new circumstances filled him with hope and passion and he would often work through the night. These days, the two cartoonists are still close, and meet up every once in a while for a drink.

Yoon’s struggles were not over, however, and he failed at getting published eight times. But his dogged perseverance finally allowed him to make his debut in 1993 with “Emergency Landing,” a serial comic published in the magazine, “Monthly Jump.”

Often, people are most proud of their first work, but Yoon thinks his was nothing but trash. “The story was terrible and the drawings were too showy,” Yoon said.

His own worst critic, he realized that the storyline was the key to success. “I was a fool to think that I could learn to write a wonderful story just by reading others’ works,” he said.

With that revelation, Yoon changed his style of self-training. In a bid to learn the ins and outs of writing a good manuscript, he copied out the script for “Sandglass,” a popular Korean drama in the 1990s, word for word.

Yoon’s success has come from his ability to reflect the spirit of an era.

“Considering the characteristics of the age was the starting point of all of my works,” he said.

Yoon’s next two comics will be about Operation Chromite, an amphibious invasion in the 1950-53 Korean War that resulted in a decisive victory, and robbers of a ship loaded with treasures.