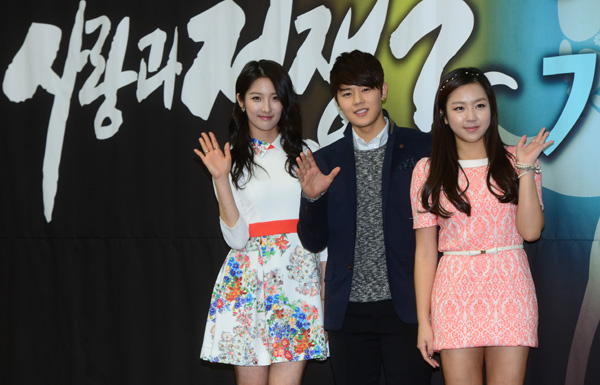 Idol stars in Korea may have taken their celebrity careers a little too far this time. KBS announced that several members of idol groups will appear in the broadcasting company’s so-called adultery drama, titled “Couple Clinic - Love and War Season 2.”

The drama has been especially popular among married women as it mainly deals with scandalous stories of the affairs of husbands or wives.

Each episode of this omnibus drama starts off in a domestic court as a troubled couple files for divorce. The story develops as the couple talks about their issues. All the episodes are based on true stories submitted by the viewers themselves.

The first episode of the idol version is scheduled to air in March.

Meanwhile, fans of the original version of “Love and War” insist they are disappointed with the change and argue that the idol stars are “trespassing even to dramas that used to feature actors who are not in the top tier but still work hard to do their best in their own areas.”