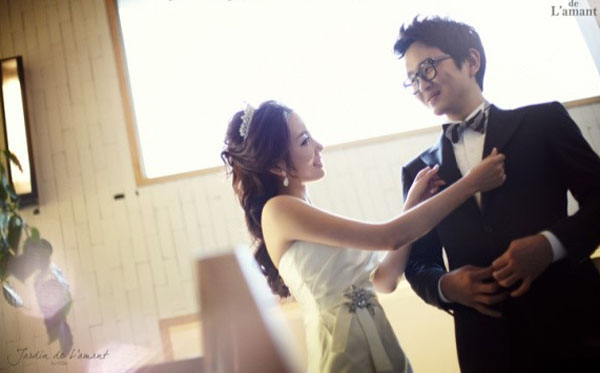 Comedian couple Yoon Hyung-bin and Jung Kyung-mi finally tied the knot on Friday at the 63 Building in Yeouido, western Seoul.

The newlyweds first met as colleagues in 2005 at KBS. They then dated for eight years while building their comedian careers at “Gag Concert,” one of the network’s most popular shows.

Fans often asked when the two would wed, and the groom eventually proposed on the set of their popular show. In his typical comedic style, he said he wanted to bring a case against Jung for stealing his heart and presented her with a ring.

Of course, the romantic moment was aired in December.

More than 1,500 guests attended the wedding ceremony to wish the couple well.