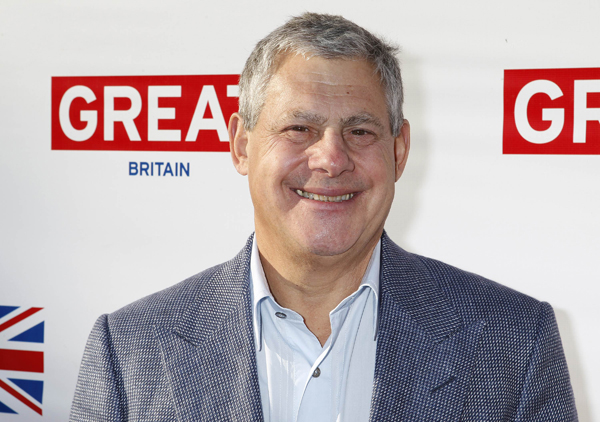 NEW YORK - Win or lose at the Academy Awards, Cameron Mackintosh is happy to keep all things miserable.

The film and stage producer behind the blockbuster movie version of “Les Miserables” is also planning to take a currently touring stage version of the musical to Broadway next year.

But he doesn’t think the movie will depress interest in the box office on the Great White Way version. In fact, he thinks the opposite.

“There’s no evidence at all of that happening,” he said this week by phone before making his way to Los Angeles for the Oscars. “The proof in the pudding is quite frankly what’s happening with the American tour at the moment, which has been doing phenomenally well.”

The U.S. tour of “Les Miserables” - which began in 2010 and hits Florida, Virginia, Maryland and upstate New York in coming weeks - has been making more than $1 million a week in the past six months, boosted by interest in the film, Mackintosh said.

He points out that filmed versions of “The Phantom of the Opera,” “Chicago” and “Mama Mia!” haven’t cooled interest in their stage cousins, either.

When “Les Miserables” arrives in March 2014, it will mark the third time the show has made it to Broadway. The original landed in 1987 and played 6,680 performances, ranking as the third-longest-running musical in Broadway history. A revival was mounted in 2006 but closed in 2008.

Hugo’s story about a decades-long manhunt, social inequality and redemption features the songs “I Dreamed a Dream,” “On My Own,” “Do You Hear the People Sing?” and “One Day More.”

It has been seen by nearly 65 million people worldwide in 42 countries and in 22 languages. There is a production based in London and versions upcoming in Japan and Korea. Mexico and Brazilian shows are being worked on.

The Oscar-nominated big screen adaptation directed by Tom Hooper and starring Hugh Jackman, Russell Crowe and Anne Hathaway has been hailed for bringing the camera very close and for having the actors sing live.