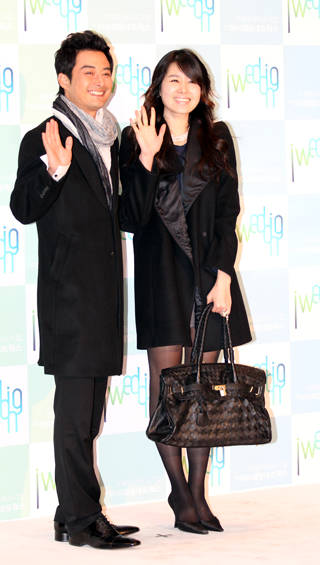 Celebrity couple Lee Se-chang and Kim Ji-yeon have called it quits after 10 years of marriage, moving to officially end what was once considered a model romance for other stars.

The two cited incompatible lifestyles and personalities in a court filing, according to the March edition of Woman Sense. They have been separated since 2011.

Lee and Kim met and then married after starring in the same television drama in 2002.

During their time together, they sometimes made joint appearances on variety shows focused on family affairs to speaking about married life. But in recent years, they acknowledged on similar programs that they had relationship issues, raising speculation that they might divorce.

They have a daughter together, who was born in 2005. Lee, 40, debuted in the MBC drama “Our Heaven” in 1991 and has also been a race car driver for years. Kim, 34, entered the public spotlight after winning the grand prix at the Miss Korea beauty pageant in 1997.