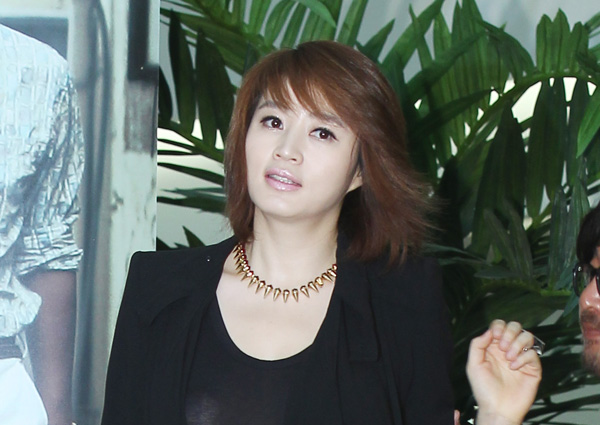 Actor Oh Ji-ho and actress Kim Hye-soo are set to pair up for the upcoming KBS drama tentatively named “Come Back Miss Kim.”

“Kim Hye-soo will appear in ‘Come Back Miss Kim,’ which will begin airing on April 1, as the title character Miss Kim,” said a representative of the actress’s agency Bliss Media.

“Actor Oh Ji-ho will take up the opposing role,” the agency representative added.

“Come Back Miss Kim” is a workplace comedy that revolves around a successful career woman named Miss Kim. Oh will play an elite employee who works with her after earning an MBA in the United States.

The drama is based on the Japanese series “Haken No Hinkaku” but reportedly plans to significantly rework the original premise.

It was written by Yoon Nan-joong of “Flower Boy Ramyun Shop” fame and produced by Jeon Chan-joong.