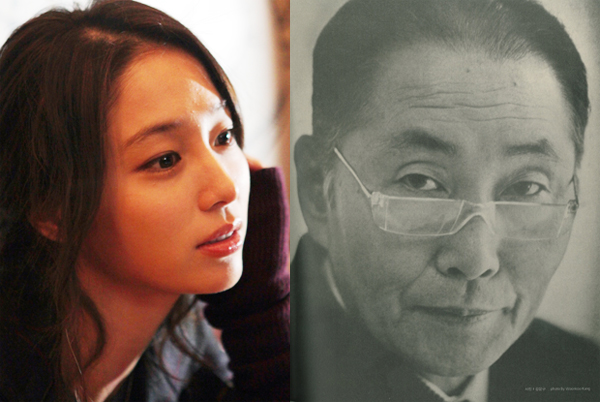 Lee Min-jung is adjusting her TV drama and commercial filming schedules to mourn the death of her grandfather, sources close to the actress told Ilgan Sports.

Her grandfather, Park No-soo, a renowned painter, passed away at Severance Hospital in Sinchon, central Seoul, on Monday morning. He was 86.

Park, an important figure in Korean art history, led the first generation of modernized traditional Korean ink painters who emerged after the country’s liberation from the Japanese imperialists.

In that style, black ink is combined with vivid colors such as cobalt blue and deep yellow that had rarely been used in traditional paintings before.

Lee returned to Seoul late last week after filming a television commercial in the United States. Her boyfriend, actor Lee Byung-hun, could not appear at the funeral parlor in the hospital due to scheduling conflicts in the United States related to the promotion of “GI Joe 2: Retaliation,” which will be released on March 28 worldwide, the source said.