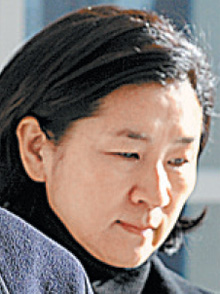 Prosecutors said yesterday they have launched an investigation into Gallery Seomi, an art gallery in Cheongdam-dong, southern Seoul, and its head Hong Song-won, 60, an art dealer for chaebol, for evading billions of won in taxes.

Since Gallery Seomi has sold expensive artwork to many large conglomerates for a long time, prosecutors expect to track the money that those loyal chaebol customers paid when the investigators evaluate the gallery’s records.

The Seoul Central District Prosecutors’ Office said Gallery Seomi is suspected of intentionally not issuing tax invoices and omitting revenue generated from selling art from their accounting books since 2007, sidestepping about 3.5 billion won ($3.2 million) in taxes.

It added that the gallery is also suspected of evading value-added taxes when it imported and sold luxury furniture by intentionally not reporting the purchasing cost of the furniture to the tax service agency.

According to the prosecution, the Seoul office of the National Tax Service (NTS) has been investigating Seomi since September last year and obtained transactional records for the last five years, including customs declarations that the gallery submitted when they imported art and the gallery’s remittance records.

The Seoul office of the NTS said large conglomerates such as CJ and Daesang, which are major local food producers, and Orion Group have purchased pieces of art since 2007.

Allegedly, the Seoul tax service wrapped up its investigation against Hong at the end of January and reported her to the prosecution.

The Seoul NTS said it will charge her an additional 30 billion won in back taxes against the gallery as soon as it obtains evidence.

“I admit that I misreported the tax amount to the tax service office by mistake, but I never intended to evade taxes,” Hong told the JoongAng Ilbo.

Previously, the gallery was already subject to investigation by prosecutors when they investigated the owners of large conglomerates’ slush funds.

Mirae Savings Bank Chairman Kim Chan-kyong, who was arrested and charged with embezzlement and breach of trust in May 2012, was suspected of receiving illegal loans of around 45 billion won from the Solomon Savings Bank using nine works of art from famous artists, including Pablo Picasso and Alberto Giacometti.

Two of the nine pieces, Cy Twombly’s “Bolsena” and Park Soo-keun’s “Women on Roadside” were originally owned by Gallery Seomi, which received a 28.5 billion won loan using the two paintings as collateral from Mirae Savings Bank.

In October 2011, Dam Chul-gon, 57, chairman of the confectionery manufacturer Orion Group, was sentenced to three years in prison by the Seoul Central District Court for misappropriating nearly 30 billion won of company money.

He bought expensive artwork with corporate funds and kept the art in his home.

In January 2008, Hong was summoned by an independent counsel when it was investigating Samsung Group chairman Lee Kun-hee’s slush fund.

The prosecution will summon Hong for further investigations and to check whether those large conglomerates actually purchased any art.