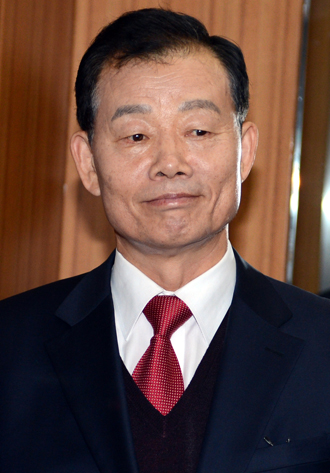 In response to the public outcry that he went golfing shortly after the Cheonan was sunk, Kim Byung-kwan, President Park Geun-hye’s defense minister nominee, apologized yesterday for his lack of discretion.

The JoongAng Ilbo reported yesterday that Kim had played golf the day after the Cheonan’s sinking on March 26, 2010 and during the government-declared mourning period for the victims. At the time, Kim was a retired general.

According to the reports on the users of the military sports facilities, obtained by Representative Kim Kwang-jin of the Democratic United Party, Kim played golf at the Gyeryongdae Country Club on March 27, the day after the Cheonan’s sinking.

He also used the Taeneung Country Club in the early morning of April 26, 2010, during the national mourning period for the fallen sailors. The mourning period was from April 25 to 29 that year, and the government asked public servants to refrain from holding festive activities.

According to the report, Kim used military country clubs five times within the first month of the Cheonan’s sinking. Kim retired from the deputy commander of the South Korea-U.S. Combined Forces Command in March 2008, and he was not a member of the military at the time.

But criticism grew toward the former four-star general for having played golf while the nation was in mourning for the deaths of 46 sailors.

Following the report, Kim issued a short statement and apologized for his thoughtlessness. Pointing out that the Cheonan’s sinking took place two years after he left the military, Kim said he was not immediately aware of the incident because it took place late at night. “The Cheonan was torpedoed around 9:20 p.m. on March 26, and the public was informed about it later in the night, so I was not aware of it,” Kim said. “And I didn’t grasp the overall situation when I teed off around 7:40 a.m. the next morning.”

He also said it was careless of him to play golf during the national mourning period.

The opposition Democratic United Party yesterday condemned Kim for his behavior. “We wonder if Kim is fit to control the military,” Park Yong-jin, spokesman of the DUP, said yesterday. Amidst deepening criticism, the National Assembly’s National Defense Committee yesterday failed to approve the plan to hold a confirmation hearing for Kim on March 6.