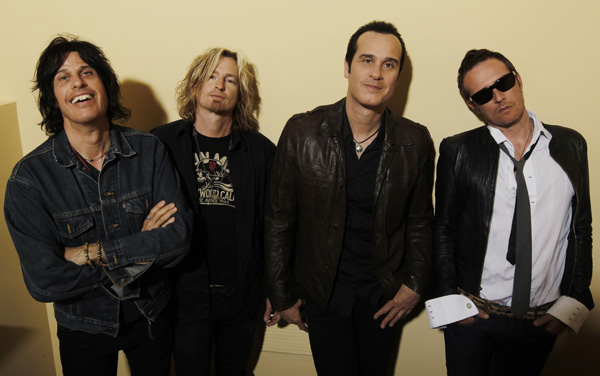 LOS ANGELES - Rock band Stone Temple Pilots on Wednesday said they had fired singer Scott Weiland - a decision which appeared to have surprised the band’s founding member and the voice behind the its biggest hits of the 1990s.

The band declined to give a reason for firing Weiland.

“I learned of my supposed ‘termination’ from Stone Temple Pilots this morning by reading about it in the press,” Weiland said in a statement.

“Not sure how I can be ‘terminated’ from a band that I founded, fronted and co-wrote many of its biggest hits, but that’s something for the lawyers to figure out,” he added.

Weiland, 45, whose growling vocals and dyed bright red hair became a symbol of the grunge era in the early 1990s, helped the Stone Temple Pilots score hits with guitar-heavy songs like “Plush” in 1993 and “Interstate Love Song” the following year.

During that interval, Weiland was in the rock group Velvet Revolver with former members of Guns N’ Roses among others.

Weiland, who has admitted to struggling with drug abuse in the past, begins a month-long solo U.S. concert tour on Friday in Flint, Michigan.