‘Jack’ does just OK at the box office

‘Jack’ does just OK at the box office 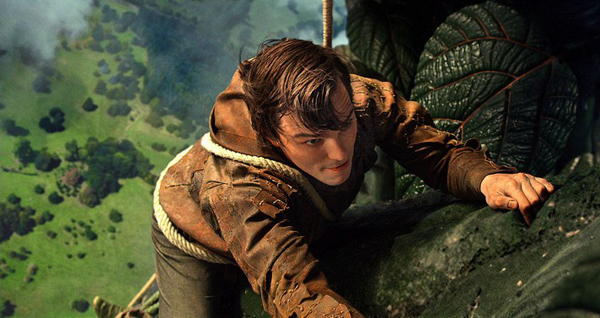 LOS ANGELES - It wasn’t exactly a mighty victory, but “Jack the Giant Slayer’’ won the weekend at the box office.

The Warner Brothers 3-D action extravaganza, based on the Jack and the Beanstalk legend, made just $28 million to debut at No. 1, according to Sunday studio estimates. It had a reported budget of just under $200 million.

Among other new releases, the college romp “21 & Over’’ from Relativity Media made only $9 million this weekend to open in third place. And the horror sequel “The Last Exorcism Part II” from CBS Films debuted in fourth place with just over $8 million.

Jeff Goldstein, Warner Bros.’ executive vice president of theatrical distribution, said “Jack the Giant Slayer’’ opened lower than the studio had hoped, but he’s encouraged by its CinemaScore, which was a B-plus overall and an A among viewers under 18. One bit of good news for “Jack’’ is that it had a 56 percent uptick from Friday to Saturday, suggesting strong word-of-mouth and more family audiences for the PG-13 adventure.

“That tells us that the audiences that are seeing it really do like it,’’ Goldstein said. “The international opening in Asia has been very strong - the 3-D component of the special effects works in a big way outside the domestic marketplace.’’

This is the sixth weekend in a row that movie ticket sales are down, said Paul Dergarabedian, box-office analyst for Hollywood.com. He pointed out that many of the action pictures aimed at men this year - including “Snitch,’’ “The Last Stand,’’ “Bullet to the Head’’ and “Parker’’ - have been disappointments at the box office.