Put an end to nepotism

Put an end to nepotism 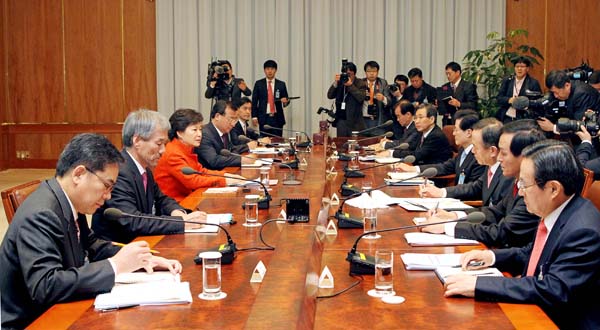 Patronage appointments come in different forms. The old, simple way is to name a loyalist to a high-profile public office. Sometimes the appointments go through the customary formalities to “fake” legitimacy by making announcements after recommendations or public recruitment. President Lee Myung-bak preferred to go through the rituals to maintain face.

About this time five years ago, the Korea Exchange was in search of a new chief executive. The presidential office and the government recommended a person who was close to the president, but the bourse’s outside candidate recommendation committee crossed him out. Rumors ran wild in the securities industry and market that the president and government weren’t happy. The Korea Exchange later came under a prosecution probe and was nationalized. Market players mumbled that the exchange authority was penalized for going against the will of the president. Lee Jung-hwan, who assumed the post through legitimate channels, albeit at the expense of the president’s preferred choice, resigned after one year and seven months. He later revealed that he was pressured to step down.

The public recruitment of the Korea Housing Finance Corporation’s chief executive during a similar period was equally bizarre. The state-run company drew up a shortlist of candidates among the applicants, but the presidential office and government turned all of them down. The company had to advertise for another audition as it failed to include the person the president had in mind for the post. All the other applicants were simply rounded up for head counts.

Patronage and favoritism prevailed over appointments of chief executive posts in public entities until the end of the term. Those who naively applied for the post were victimized. One financier regretted applying and kicked himself for believing it would be different this time.

What gives them the authority to make such abnormal decisions? It may be the president sometimes, but he or she cannot care for the executive seats in all the public entities and corporations. There are people around the president who plant their acquaintances for their own self-interest. There are invisible hands behind the “parachute appointments.” The public recruitments for chief executives are carried out mainly as formalities. The search for the head of the Korea Credit Guarantee Fund was canceled because the organization didn’t follow the orders from above.

At the end of the day, the president must answer for the resentment and complaints over revolving-door and patronage appointments. No matter how the president cries out for fairness and impartiality in appointments, one or two crony cases could do harm. Fairness is not achieved simply by presidential decisions to appoint people from the Jeolla region to the posts of prime minister and ministers.

People are not all that much interested in - and impressed by - the appointments of the ministerial or higher posts. But they get angry when they hear so-and-so has landed a high-paying job in a public company or enterprise through connection with the upper echelon. Word gets around through employees of public companies and soon can build up mistrust among the public.

The top executive post at a state-run corporation can influence a multitude of lives. If he or she is from a certain hometown, key posts in the company could be filled with people from that region. After five years, people from other regions will have been denied opportunities. The next government won’t be able to find a broad and diverse range of people in the labor pool because others didn’t have the opportunity to prove their abilities. Employees of state-run or invested companies work with cold and dull hearts because no matter how hard they try, they cannot get higher up the ladder. The spots at the top are reserved for people with connections.

People held different expectations this time because the president-elect promised change. But core posts in the presidential secretariat - like personnel and civil affairs - were filled with people mostly from Daegu and North Gyeongsang, the traditional hometown of conservative politicians, including the current and past presidents. Such regional preference could lead to similar choices in chief executive posts in the public sector.

Public hiring or recruitment again would be in name only. It is no wonder regionalism exists after all these years. Yet campaign promises to break the deep-rooted tradition in appointments all proved to be rhetorical slogans and they were rarely practiced, continuing to breed cronyism and other corruption in the public sector. The connections must be cut off, especially in our society where everything is linked to region, school and who you know.

Of course, it could all be an overreaction. We will wait and see. The public sector appointments would follow after the senior-level posts are filled in the government. Whether it is all deja vu depends on the president and her people.