IU to star in leading role in upcoming drama

IU to star in leading role in upcoming drama 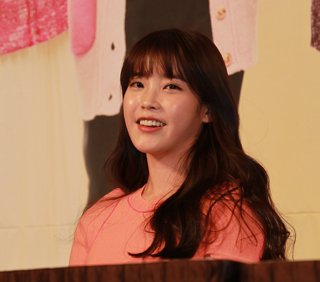 Singer and actress IU is set to appear on the upcoming weekend drama “The Best Lee Soon Shin,” which will be aired starting March 9 after the hit drama "My Daughter Seoyoung” wraps up.

The highly anticipated drama revolves around a girl who is neither fortunate nor pretty but plucky. She struggles with her mother to find happiness after her father passed away.

The drama is her second drama after “Dream High” but is the first drama as a leading role. She confessed her concerns about the pressure but showed her confidence at a press event that took place on Mar
ch 4 at Plaza Hotel in central Seoul.