Oriental medicine is on life support

Oriental medicine is on life support 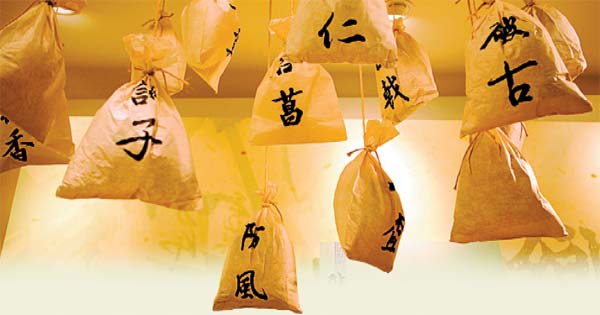 Yet in recent years, she’s cut back drastically on her consultations with traditional doctors as some of their once trademark herbal concoctions have become available without prescriptions and at lower prices.

“The ginseng extract packages are much cheaper compared to different herbal treatments from the clinics, most of which are not covered by insurance, and I feel the efficacy is almost the same,” she said.

Government regulators stand behind the fundamental shift in the Oriental medicine business as new regulations no longer require a practitioner’s approval for some medications. Pharmaceutical companies have also entered the market for traditional medicine.

Ginseng concentrate sells for about 100,000 won ($92) per 60 packs at drug stores but can cost three times as much when purchased from Oriental medicine practitioners.

At the same time, safety concerns about herbal products surreptitiously imported from China have pushed demand down across the board.


A bitter pill to swallow

Industry insiders estimate that Oriental medicine was at its peak between the late 1990s and early 2000s.

“Back then, I often had to skip lunch to see patients who were waiting to see me. It was common for me to work after hours because I needed to make herbal medicine and was swamped with orders,” said Choi Jin-sung, who runs a clinic in Busan.

Yet times have changed. The number of patients at traditional clinics like Park’s stood at 1.99 million in 2003 but fell to 1.82 million by 2007, according to the Korea Oriental Medicine Hospital Association.

Given the sagging demand, more and more clinics are shutting down, with more than 800 closing in 2007 alone. In Gangnam District, home to some of the country’s most well-known treatment centers, 74 shut down in 2006 - up from 49 in 2004.

Suppliers of these clinics and their patients are also suffering. At Gyeongdong Herbal Medicine Market in Jegi-dong, eastern Seoul - the largest in Korea - piles of herbs, roots, bark and mushrooms stood untouched during a recent visit.

“Things were different in the past. About 10 years ago, I made about 3 million or 4 million won in one day, but now it is less than 300,000 won,” said Lee Sae-hee, a merchant who sells dried berries and chrysanthemums.

“I often hear on the news about people who are arrested for fooling merchants into believing that Chinese herbs are actually domestic ones,” said Kim Young-eun, a 49-year-old homemaker.

There is also increased competition from large conglomerates.

“More and more natural components have become available in various forms like extract or candy,” Lee explained. “Even big firms like Lotte are jumping into the health supplement business, and that seriously affects our business,” she added. “Only this month, about four stores have shut down.”

The role of large pharmaceutical companies in the traditional medicine business has been a source of contention between practitioners and government officials for some time. The Food and Drug Administration and the Ministry of Health and Welfare now allow corporations to mass-produce the compounds typically made by traditional practitioners.

The Association of Korean Medicine, which represents traditional practitioners, voiced concerns that their constituents are losing ground.

Members of the Association of Korean Medicine stage a sit-in at the organization’s headquarters in October to protest government policies on production of traditional medicine that they say favor large pharmaceutical companies. [NEWSIS]

“The properties of many natural product drugs made by pharmaceutical companies are the same as those sold at Oriental medicine clinics,” said spokesman Kim Ji-ho, which means that the small clinics cannot easily compete.

The FDA insists that increased competition benefits consumers as it allows them to access cheaper medical services while also invigorating practitioners.

But Kim said that cost would not even be a concern if more traditional treatments were covered by the national health insurance program administered by the government.

“Only a fraction of Oriental medicines are covered by national insurance and most herbal medicines are excluded. So, for the patients, there is less incentive to go to traditional healing clinics,” he explained.

Traditional practitioners insist they are not opposed to changing with the times.

“It’s true that we got a bit complacent in the past. Many agree that traditional medicine should go through standardization and involve itself more in scientific research to revive the once-booming business,” said Shin Joon-sik, head of Korea’s largest oriental medicine clinic franchise Jaseng Hospital of Oriental Medicine.

“But if the government keeps putting us at a disadvantage, our efforts will be for nil.”

Though once available only at Oriental medicine clinics, the government allowed private and state-affiliated firms to produce ginseng extract starting in 2002.

Since then, the local red ginseng extract market has expanded drastically to 719 billion won in 2011 from 192 billion won in 2005, a more than three-fold increase, according to the Food and Drug Administration.

The Korea Ginseng Corporation now holds an estimated 70 percent market share for red ginseng and is keen to overtake the No. 1 domestic pharmaceutical firm to become the largest producer of health food and medicine.

Red ginseng accounted for 52.6 percent of that market in 2011, according to the Food and Drug Administration.

Of course, the booming success of these large firms means that the Oriental medicine clinic around the corner, once a mainstay in many patients’ treatment regimens, is fading into obscurity.

“In recent years, demand for Oriental medicine has certainly been on the decline. The rise in red ginseng extract sales is the biggest factor behind the contraction,” said a source at the FDA.

As demand for their services continues to fade, Oriental medicine practitioners are facing fiercer competition in the workplace.

Each year, 11 universities churn out more than 800 graduates with degrees in traditional medicine, packing an already crowded market.

These recent graduates have fewer places to work with each passing year. The number of closing Oriental medicine clinics increased from 503 in 2002 to 880 last year .

“There is certainly an oversupply of Oriental medicine practitioners compared to the current demand,” said Kim of the Association of Korean Medicine.

To address the problem, the organization has demanded that the government lower the maximum number of students admitted to Oriental medicine programs at universities and otherwise work to diminish the size of the major.

Korean Oriental medicine used to be one of the most coveted academic programs offered; it often attracted top students.

From 2000 to 2002, when demand for traditional medicine was strong, only students who scored in the top half percentile on the College Scholastic Ability Test were eligible for admission to the Oriental medicine department at Kyung Hee University, one of the most prominent schools in the field. But standards have gone down as fewer students have grown interested in the major given the questionable job prospects.

Now, anyone in the top percentile can be admitted to the program.

“At some point in early 2000s, there was a fair number of students who chose the Korean Oriental Medicine department at Kyung Hee University even after being admitted to Western medicine programs at some of Seoul’s major universities,” he said.

“But now, students tend to go for Western medicine because the job and financial prospects for Oriental medicine are not as promising as they used to be.”