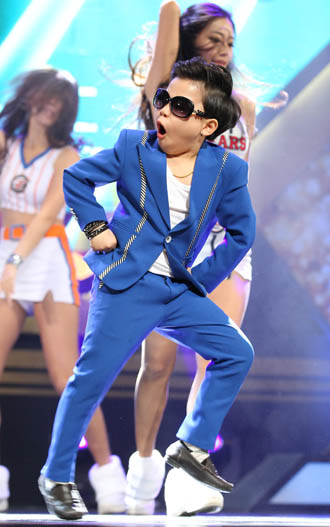 Hwang Min-woo, an 8-year-old who gained stardom and the nickname “Little Psy” after his appearance in Psy’s music video “Gangnam Style”, announced his debut as a solo singer yesterday at a press conference.

His new album is titled “Showtime”.

“I’m so happy,” said Hwang, who introduced himself “Hwang Min-woo, who is as busy as Psy,” at the event.

“I come to think that I should focus more on promoting “Showtime” than “Gangnam Style”, and I want to become a fabulous singer who can bring joy to as many fans all across the world.”

He said he wanted to be a global star like Psy and wanted to see his song on the top-ten list on the Billboard music chart. He plans on making appearances on many of Korea’s music shows.