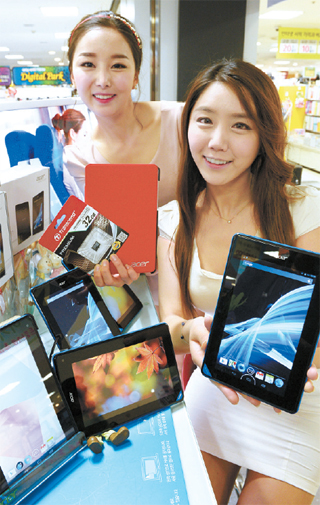 Iconis’ 7-inch B1 tablet was on display yesterday at the Lotte Mart’s Seoul Station branch, central Seoul. Lotte Mart has joined hands with Taiwanese PC producer Acer to exclusively sell the tablet running on the Android system for 199,000 won ($183) at its 91 branches nationwide. [NEWSIS]