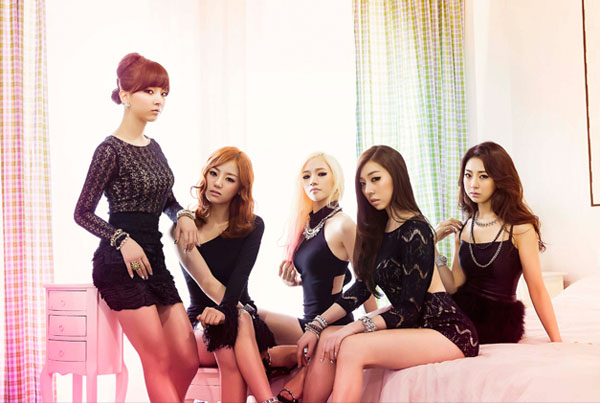 Five-member girl group Ladies’ Code made its debut yesterday on Mnet’s “M Countdown,” a testament to the power of audition shows in launching new stars.

One member, Kwon Ri-sae, competed on the first season of MBC’s “Great Birth” and has been awaiting her big break since 2011. The Japanese-Korean performer first signed with Keyeast Entertainment but later made the switch to Polaris Entertainment.

The five girls also released a debut album called “Code #1 Bad Girl.” Its producer and director Super Changddai is also known for Huh Gak’s “It Hurts” and 2PM’s “Getting Tired of Waiting.”

The title track “Bad Girl” is a mix of cheerful swing rhythm and a jazz background.

The track “Super Girl” has also attracted attention as it was composed by German producer Crada, who worked on Alicia Keys and Drake’s “Fireworks.”