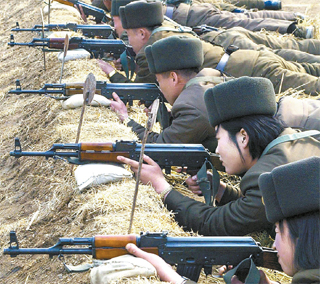 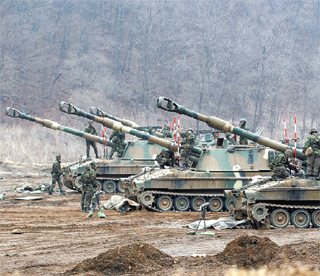 Above: South Korean soldiers work on K-9 self-propelled howitzers during an exercise against possible attacks by North Korea near the border village of Panmunjom in Paju, Gyeonggi, yesterday. [AP/NEWSIS]