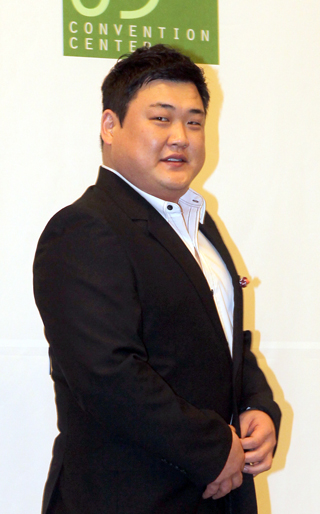 On April 20, he will marry his girlfriend of six years, according to a statement released by his agency Coko Entertainment yesterday.

As she has supported his dream to become a comedian even when he wasn’t quite so famous, Kim showed his affection publicly by mentioning his fiancee’s nickname “Bono Bono.”

“Naturally, I grew to believe that I wanted to spend my entire life together with Bono Bono, who has been with me for a long time and supported me, and whom I love,” Kim said.

“I will live happily, and even after I get married, I will strive to bring laughter to others.”

Kim made his debut as a comedian on KBS in 2007. After several of his segments become some of the most popular on “Gag Concert,” he received the Best Comedian award from KBS last year.