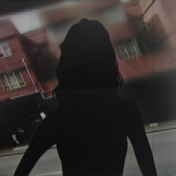 The Seoul Metropolitan Agency said yesterday that 20 people were booked by police for involvement in fabricating documents for U.S. visa applications.

Two female brokers, a 43-year-old Jeong and 45-year-old Choi, collected a total of some 350 million won ($319,700) in fees for forging supporting documents for visa applications for some 100 clients since June 2008, according to the agency’s international crime investigation unit.

Another 18 - mostly women seeking employment as sex workers in the U.S. - were booked without physical detention for commissioning the brokers for visas through forged documents.

The brokers counterfeited documents needed for issuance of tourist visas to the U.S., such as proof of employment papers to gain B-1 visas, which are designated for temporary visitors on business, or the B-2, designated as temporary tourist visas.

Jeong equipped her apartment in Sillim-dong, Gwanak District, in southern Seoul, with a computer, scanner and copy machine to help fabricate the proof of employment documents.

Furthermore, the brokers coached their clients about their forged documents, such as their specifics of their employers and locations, before their interview at the U.S. Embassy to be issued their visas.

Some 70 percent of their clients were women in their 20s and 30s, said the police, who wanted employment in the adult entertainment or sex industry in the U.S.

In the case of male clients, many sought employment in service industries such as supermarkets or dry-cleaners.

Since early 2000, broker Jeong ran a visa agency and worked with a woman surnamed Lee, based in the United States, who was in charge of recruiting clients in need of visas there.

Starting from 2008, they ran advertisements in local newspapers and magazines in Los Angeles and New Jersey in neighborhoods heavily populated by Koreans that stated, “100 percent guarantee that anyone can get a U.S. visa.”

The Seoul police agency stated that it would consult with authorities in the U.S. to trace some 21 people who were granted entry into the United States through the fraudulent visas provided by the brokers and recruiter Lee.