Disney brings Mickey back to TV

Disney brings Mickey back to TV 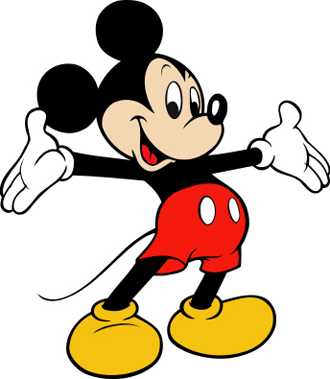 LOS ANGELES - Mickey Mouse cartoons are coming back to the small screen as Disney attempts to revive one of the world’s most popular characters.

In a preview on Disney.com, Mickey and Minnie are working at a Paris cafe when they face a shortage of croissants. In the 3-minute, 30-second cartoon, Mickey goes on an adventurous trip through the city to fulfill their orders. The characters in the film speak French and there are no subtitles, although they’re not really necessary to follow the action.

“Over time we thought that maybe Mickey lost some of those impish or innocent qualities, that vitality that people once saw in him. So we decided to bring him back,’’ Iger said.

Mickey Mouse, Burbank-based Disney’s biggest star, got his start in 1928 in the short “Steamboat Willie.’’

In each of the new shorts, he will find himself in a new setting including Santa Monica, New York, Beijing, Tokyo, Venice and the Alps. He will face a “silly situation’’ that gets played out in “an escalation of physical and visual gags,’’ according to a company blog.

Along with Minnie Mouse, there will also be guest appearances by Donald Duck, Daisy Duck, Goofy and Pluto.