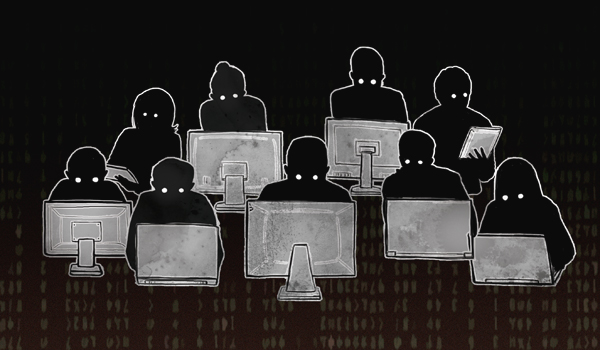 Korea’s online communities are the go-to hotspots for Internet subculture and have been strongly liberal-leaning for many years. The conservative party has kept a strict watch over such sites, as they often lead public opinion while mocking and revealing blunders of conservative politicians. During the Lee Myung-bak administration, when the decidedly leftist Agora of the portal site Daum was making the conservative party break out in a cold sweat, liberal politicians were playing it cool about the existence of such sites.

But now, with the advent of a right-wing site, the country’s Internet subculture has entered upon a new phase. Liberal politicians have begun criticizing a rightist community known as the Ilbe, calling it “a low-class Saenuri Party center for public manipulation.” The ruling party has stood by the site, calling its users “pure-hearted netizens.”

As politicians from both sides of the aisle started taking note of sites categorized as either far left or far right, forums that had been in the fringes moved into the spotlight.

According to statistics compiled by Rankey.com, the number of visitors to politically inclined sites increased over the past year. Ilbe in particular saw remarkable growth towards the end of last year when the presidential election took place. In early 2012, it had around 500,000 average daily unique PC visitors a month, but that number climbed to 2.11 million in December.

Meanwhile, the left wing site Today Humor, known as O-Yu in Korean, attracted attention when it got caught up in a scandal surrounding a National Intelligence Service employee.

The public began to zoom in on O-Yu when the opposition Democratic United Party accused a 28-year-old National Intelligence Service employee surnamed Kim of violating election law by posting comments critical of liberal candidate Moon Jae-in on the site on Dec. 11. The DUP pressed charges, insisting that Kim was trying to harm Moon’s reputation and help his ruling party rival win the race. After analyzing two of Kim’s hard disks, the police announced that they had found no evidence she left such comments, clearing her of the allegations.

Park’s people jumped at the chance to condemn the Moon campaign for “victimizing an innocent woman and the national agency.” But that didn’t stop the DUP. Its skepticism about the results of the police probe persisted and they eventually revealed, with the help of the O-Yu operator, that Kim had used 15 IDs to make about 150 posts concerning politics and social issues on three community sites. According to the DUP, the posts were “blatantly pro-ruling party” and the police took fire for whitewashing the incident. It has been three months since the police first launched the probe into the NIS, but no conclusion has been reached.

Meanwhile, the DUP’s crosshairs stayed squarely on the Ilbe, which is an abbreviation for the forum’s full name, Ilgan Best Garage (where ilgan means daily in Korean). 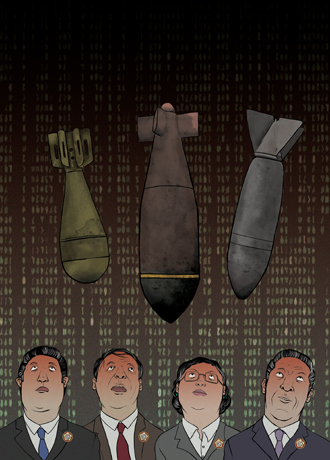 Things between the DUP and the Ilbe began to heat up on Nov. 25, when Jin Seong-jun, Moon’s then-spokesman, publicly made the site an object of criticism by saying, “The Ilbe needs to be investigated because it looks like it’s manipulating public opinion in favor of candidate Park Geun-hye.” The comment was taken as a declaration of war by Ilbe users and they eagerly went to battle. They filled the Ilbe’s Political Board with posts that raised issues with Moon’s every move. They exposed his so-called upper class lifestyle and other seemingly treacherous acts of liberal lawmakers.

Upon the DUP’s claim that the Ilbe was “working for the Saenuri Party,” the forum’s operator, who is known only by the nickname Saebu, posted an article on Dec. 15 explaining that the site has never been in contact with the Saenuri Party.

On Nov. 28, Ilbe users scored a major hit against Moon. In a TV ad, Moon attempted to show his easy-going, everyman side, and one scene showed him falling asleep in a chair at his house. An Ilbe user made a post that said, “The presidential candidate who says he knows how commoners live owns a luxury chair that costs around 7.6 million won.”

“Moon Jae-in chair” became the most searched words of the day on the country’s search engines. The DUP had no choice but to pull the controversial advertisement.

DUP officials pointed the finger at the ruling Saenuri Party, announcing that “the negativity from the Saenuri Party has reached a serious level.”

Ahn Hyung-hwan, the then-spokesman for Park Geun-hye, publicly refuted the allegation, saying, “The Ilbe is a site where pure-hearted netizens express their opinions freely.”

The Ilbe’s wide sphere of influence has kept the DUP on edge. But the site’s political inclination and habit of putting politicians in the hot seat aren’t the only reasons it has been at the center of controversy. 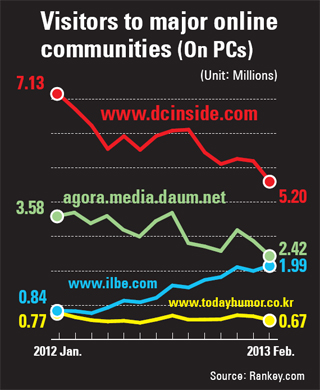 Recently, a JTBC program called “Pyo Chang-won’s Fastball Editorial” addressed the negative influence of the Ilbe. Professor Lee Taek-gwang of Kyung Hee University, a panelist on the show, criticized the forum, saying, “The Ilbe is just following a political agenda for personal pleasure,” insisting that its “main themes of demeaning Jeolla Province [a strongly liberal-leaning region] and women are intolerable.”

Professor Lee said, “Posts on the Ilbe can desensitize people to preposterous and irrational content that is often anti-social.”

The Ilbe is an offshoot of the site DC Inside. Up-voted posts on DC Inside were categorized as “ilbe,” meaning “the day’s best.” The problem was that most of these posts were adult in nature and needed to be removed by moderators. A new site was created for them - the Ilgan Best Garage.

Professor Lee said, “Avid Ilbe users are people who haven’t adapted to the current social environment of liberal democracy. Allowing them to play around within their boundaries is alright but if they cross a line to an extent where they cause harm to the public through criminal behavior, actions must be taken.”

However, Min Kyung-bae, a professor at Kyung Hee Cyber University insisted that “defining the Ilbe and its users as dangerous is wrong,” saying “having content that includes dirty comments, parody and so forth is the nature of Internet subculture.”

Meanwhile, critics said that access to the site needed to be restricted from youths as the adult content is accessible to anyone, without even signing up.

On Daum’s Agora, one of the country’s largest online forums, netizens began collecting signatures on March 2 to pressure the Korea Communications Commission to restrict the Web site from youths. As of Wednesday, 8,096 people had signed.

“There have been numerous complaints from the public requesting that the Ilbe be restricted from youths, but first we need to establish the site’s main objective and work out what percentage of the posts are inappropriate for youths,” said an official from the KCC. “We are currently doing that calculation and it’s taking a while.”