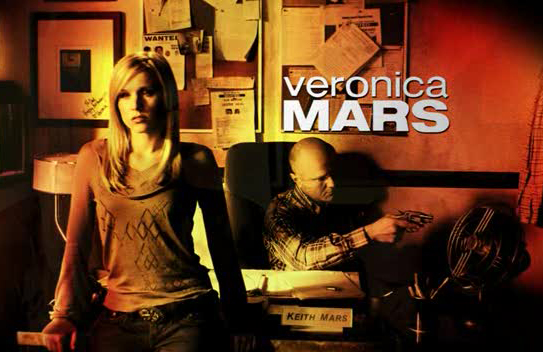 “Veronica Mars” was canceled in 2007. Provided by Warner Bros

LOS ANGELES - Fans of defunct TV show “Veronica Mars” turned out in droves to raise $2 million in record time on Wednesday to fund a long-hoped-for movie version of the mystery series about a young private investigator.

More than 31,000 people pledged amounts ranging from $1 to $10,000 on crowdsourcing site Kickstarter.com, less than 24 hours after the campaign was launched.

The TV series’ creator Rob Thomas said he had struck a deal with Hollywood studio Warner Brothers to make a movie based on the show if he was able to raise $2 million by April 12 through the campaign.

“Their reaction was, if you can show there’s enough fan interest to warrant a movie, we’re on board,” Thomas wrote on the film’s donation page, adding that, if successful, the film will be released in early 2014.

“Veronica Mars,” starring Kristen Bell, ran from 2004-7 on U.S. television networks UPN and CW and told the story of a high school student who moves on to college while moonlighting as a private investigator working on complex mysteries.

Thomas said he wrote a feature film script soon after the TV show was canceled in 2007. But he said Warner declined to fund it at that time, saying it wasn’t convinced there was enough interest to warrant a major studio-sized movie about Veronica.

Bell, who has signed on for a film version, promised on the Kickstarter Web site that if the $2 million goal is reached “we will make the sleuthiest, snarkiest, it’s-all-fun-and-games” movie possible.

The campaign hit the $1 million threshold in four hours and 24 minutes on Wednesday, setting a new record as the fastest Kickstarter fundraising pitch to $1 million, the site said.

Popular Kickstarter drives, known as crowd funding, allow people to raise money for projects within a certain time frame as long as they offer gifts in return for donations.

For the “Veronica Mars” movie project, a pledge of $10 or more got backers a copy of the film’s shooting script while those pledging $25 or more will receive a custom T-shirt along with the script. Reuters