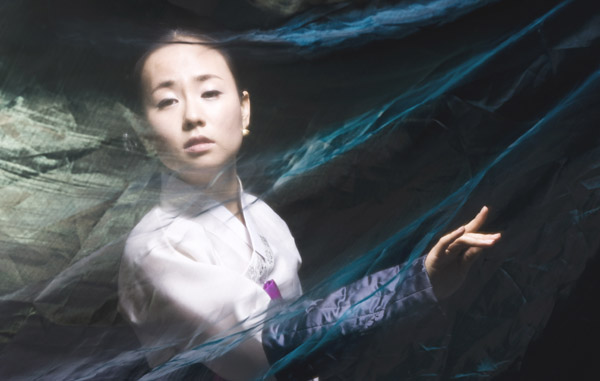 As new K-pop singers debut one after another in Korean music industry, the slot for gugak, or Korean traditional music, is becoming smaller day by day. Min Eun-kyung, who performs pansori, or traditional narrative singing, had to wait for seven years to become a member of the National Changgeuk Company, a traditional Korean opera troupe, this year.

“Sometimes, you just have to wait,” said the 31-year-old. It’s not that she lacked skills, but the company just wouldn’t hold auditions for new singers for many years.

“All forms of Korean traditional art are going through similar situations. It’s already full of great artists that young people cannot squeeze in,” said Min. She considers herself fortunate to be a singer of the national team in her early 30s.

Besides the luck, her efforts were the most important pillar of the success. She suggested three ways to reach a long-term goal. “Always be around the place where you want to work,” she said. Min worked for the company for about 30 months. She also joined three works as a guest performer, and playing the small roles became her biggest asset in the future. “I could learn about the atmosphere of the group and find out which singing techniques they wanted,” she said.

The second recommendation was to gain practical experience as much as possible. She filled her resume with work at a small theater by performing as the main vocalist of a gugak band. “When you are in charge of something, you have to trust your gut,” Min said. “You don’t have to be perfect in the beginning.” 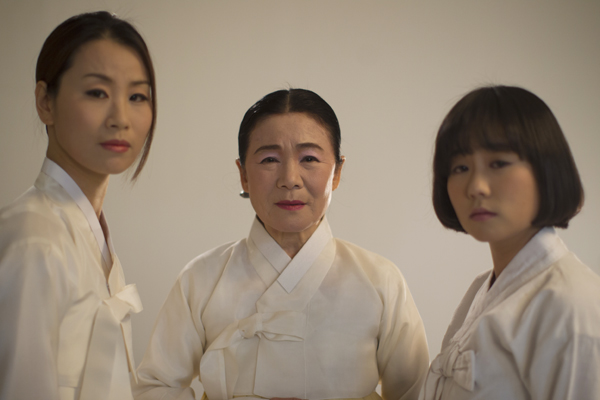 Min (right) plays young Song-hwa, while the others portray the character as she ages. [JoongAng Ilbo]

The third piece of advice was to resolve money problems. By giving vocal lessons and teaching at art schools, Min has been able to make a living. She said people give up easily when they are faced with such difficulties. “Avoid being cash-strapped to hold onto your dreams,” she said.

But of course, the fundamental reason that she could pursue her dream was her excellence in singing. When she was a student at the National High School of Traditional Arts and at Chung-Ang University, Min won the gold medal twice at the Dong-A Korean Traditional Music Competition. Min also won first place in the pansori section at the Imbangul Traditional Korean Music Festival in 2003. “Her voice innately has both sadness and magnificence,” said Kim Seong-nyeo, the artistic director of the changgeuk company.

During summer vacations when she was in middle school, Min went to Mount Jiri in South Gyeongsang to practice under a waterfall. To become the best pansori singer, Min sang over 10 hours a day until she grew hoarse. As time went by, her voice got much stronger, and the efforts paid off.

Although she is a newcomer, Min got the main role of Song-hwa in the company’s ambitious changgeuk “Seopyonje.” The performance was created by experts such as director Yoon Ho-jin, script writer Kim Myoung-hwa and composer Yang Bang-ean.

The singer has also appeared in the musical version of “Seopyonje” in 2010, and she plans to continue presenting the gracefulness of Korean traditional music with a voice that tugs at the heartstrings.