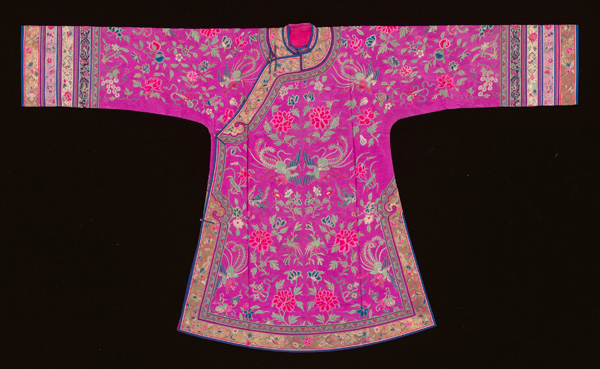 A late 19th century to early 20th century wedding garment for a bride. Provided by the museum

Southeast Asia is one of Korea’s favorite tourist destinations, and that includes Singapore, mostly for shopping, fine dining and just experiencing cosmopolitan life.

But how much do Koreans know about Singapore’s exquisite bridal headpieces, elegant pink ceramics and decadently beaded women’s slippers?

For those who answer “not very much,” the National Museum of Korea is holding an exhibition on Singapore’s culture, which it says is the first exhibition of its kind in the country.

It showcases some 230 relics selected by the National Heritage Board of Singapore and the Asian Civilizations Museum.

In particular, the exhibition delves into what’s known as the Peranakan art. Peranakan refers to a child born in a cross-cultural marriage between locals and other ethnicities like the Chinese, Arabs, Indians and Eurasians. 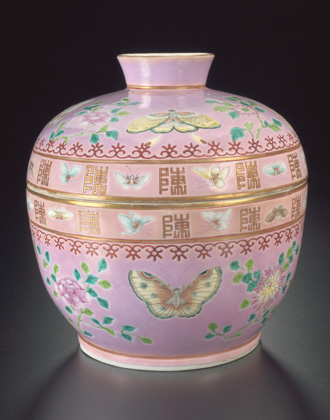 Given that the number of foreign residents in Korea has risen greatly in recent years along with interracial marriages and multicultural families, it seems timely to shed light on such a diverse community. It may even support President Park Geun-hye’s pledge of “social integration.”

“Peranakan art reflects diverse influences, and thus it should provide a vision for Korea, which is becoming increasingly multicultural,” Kim Young-na, director of the National Museum of Korea, told reporters on Monday, a day before the exhibition kicked off its two-day run.

Once visitors enter the rather small exhibition room, they are greeted by a bride and groom, a fitting introduction given that Peranakan culture was born through cross-cultural marriages.

Behind the couple is their bed chamber, featuring a large wooden bed with mostly pink and turquoise fabrics accented by glittery gold embroidery and beads.

Chinese influence is most evident in the decorative symbols like dragons and phoenixes. Still, curators explain that the Peranakan community reinterpreted elements of other cultures to make them uniquely their own.

“The color pink is how the Peranakan people took inspiration from the color red in Chinese culture and reinterpreted it in their own way,” said Park Seong-hye, a curator at the museum’s Asia division. “Many crafts feature pink or turquoise, which results in unique sophistication and elegance.”

With its pretty colors and patterns, the third part of the exhibit, mostly about fashion, and the last part, about craftwork, will likely appeal to female visitors or Korean nyonya. 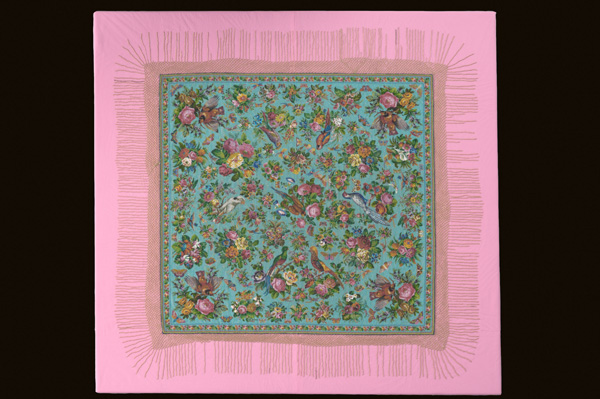 An early 20th century tablecloth with beadwork from Singapore’s Peranakan culture is on display at the National Museum of Korea.

Museum officials defined nyonya as a respectful term for married women. There is a line of Peranakan ceramics dubbed “nyonyaware” that was specifically selected to match their taste.

While the number of relics on display is fewer than expected at about 230 and the exhibition hall itself is quite small, the exhibit is an admirable achievement for Kim and the National Museum of Korea given that it is their first on Singaporean culture.

Kim and the museum have worked hard to introduce foreign culture and art to Korean museumgoers over the past several years.

The exhibition, “The Peranakan World: Cross-Cultural Art from Singapore and the Straits,” will be held until May 19. It is closed Mondays.

The museum is close to Ichon Station, line No. 4, exit 2.