Author hopes for ‘The Host’ success

Author hopes for ‘The Host’ success 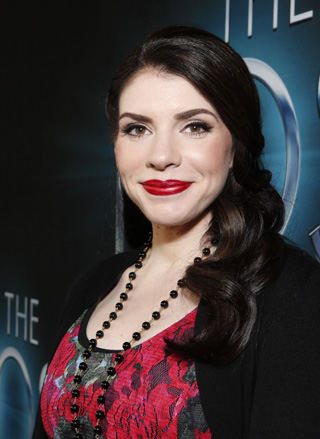 Author Stephanie Meyer is hoping her vampire fans will be willing to step into a new world and embrace aliens as the first film of her new book series, “The Host,” hits the big screens.

Fans of the successful “Twilight Saga” box office franchise have been eagerly anticipating Meyer’s next offering on the big screen with “The Host” out in U.S. theaters on March 29.

But Meyer, speaking at the film’s red carpet premiere in Los Angeles, said the new film may not be what fans of the popular vampire series expect from her.

“If [fans] go into it wanting a repeat of ‘Twilight’ they probably will not be thrilled, because it is not. It is a very different kind of story,” Meyer said.

“I think if they are willing to go on a new ride with me and try out something a little different than I think they will really like it.”

The five “Twilight” films, based on Meyer’s best-selling novels, focus on a love story between a vampire and a human and grossed more than $3.3 billion at the global box office, according to movie sales tracking Web site BoxOfficeMojo.com.

“The Host,” adapted from Meyer’s novel of the same name, explores a post-apocalyptic world where alien beings called Souls invade Earth and take over human bodies and minds, causing conflicting emotions between the two beings in the same body.

Meyer has already said that she has plots in mind for follow-on books and hoped this would become a trilogy, which would open the way for sequel films.

In “The Host,” Irish-American actress Saoirse Ronan, 18, plays human Melanie Stryder who is taken over by a Soul called Wanda.

Ronan, who starred in “The Lovely Bones” and was nominated for a Best Supporting Actress Oscars for “Atonement,” said she enjoyed the challenge of switching between two personalities.

“I really enjoyed playing Melanie because the majority of the film I am playing Wanda, who is quite a pure, serene and understanding character,” said Ronan on the red carpet.