New Bon Jovi album is fifth to reach No. 1

New Bon Jovi album is fifth to reach No. 1 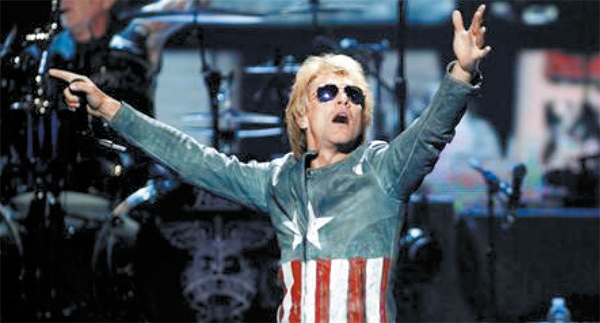 LOS ANGELES - Bon Jovi, fronted by Jon Bon Jovi, notched their fifth No. 1 album with “What About Now,” which sold 101,000 copies in its debut week, according to figures from Nielsen SoundScan.

Bowie’s album sold more digital copies than Bon Jovi, with 41,000 copies of “The Next Day” downloaded in comparison to 34,000 copies of “What About Now,” which was a bigger seller in retail shops, Billboard magazine said.

Bowie has yet to score a No. 1 album in the United States despite having released 27 studio albums in his career.

“The Next Day” marks the singer’s unexpected return to music after a decade-long hiatus, and it topped the British album chart last week while Bon Jovi came in at No. 2.

Bon Jovi and Bowie led among six new debuts in the top 10 of the Billboard 200 this week.

Christian music compilation album “Passion: Let the Future In” landed at No. 4, R&B band Mindless Behavior debuted at No. 6 with “All Around The World,” and Eric Clapton’s latest release, “Old Sock,” came in at No. 7.